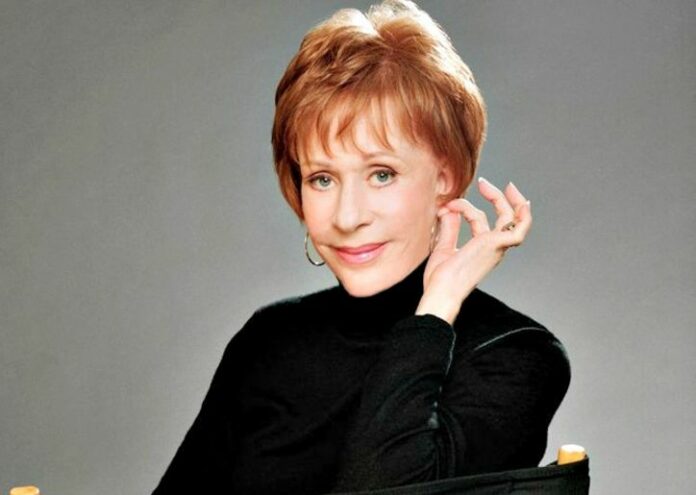 Jazz in the Gardens returns with a star-studded lineup, Florida Grand Opera puts poetry in motion, and Slow Burn Theatre ventures down the Mississippi. Plus, Carol Burnett, City and Colour, George Packer and more in your week ahead.

Investigative reporter George Packer is bestowed with a distinct gift for digging beneath the headlines and discovering observations that help us make sense of the world. This is evident every week he publishes an opinion piece or in-depth feature for The New Yorker, and even more so in his award-winning, nonfiction page-turner The Unwinding: The Inner History of the New America, a novelistic 2013 book whose threads of division and economic unease grow more relevant by the day. His blunt, left-leaning opinions may irk some in the Four Arts membership, but I can think of few more sober voices to help us understand our radically shifting political landscape.

What: Opening night of “Big River”

“Big River” has been one of the “bucket list” musicals for Slow Burn Theatre Artistic Director Patrick Fitzwater, and he’ll finally get to fulfill the wish on the stage of the Broward Center’s Amaturo Theatre. An adaptation of Mark Twain’s Adventures of Huckleberry Finn, the sweeping adventure narrative was a different animal from its contemporaries when it debuted on Broadway in 1985: Eschewing the symphonic bombast of so many of the hit, U.K.-conceived musicals, it boasted a country and bluegrass score by honky-tonk royalty Roger Miller. A moving injection of rich, literary Americana, “Big River” won three major Tony Awards. Watch the Mississippi flow to life with a South Florida cast and under Fitzwater’s direction, in a production that runs through April 2.

Forecast to be Lynn University’s premier musical event of the season, this single-afternoon staging of Lerner and Loewe’s time-traveling classic will be mounted with a full, professional cast, new and original choreography, and live music under the baton of Terence Kirchgessner. You likely know the story—a pair of New York tourists stumble upon the titular village in the Scottish Highlands, which materializes only once in a century, and begin to fall under its romantic spell—but familiarity hardly lessens the impact of this magical musical, whose standards include “Almost Like Being In Love.” There’s a reason it’s produced so often.

What: City and Colour

Singer-songwriter Dallas Green’s five albums recorded under the alias City and Colour have always ebbed and flowed based on their creator’s fragile and mercurial emotional state—or at least that’s how they come across. This is also the best way to explain “The Hurry and the Harm,” Green’s wrist-slitting 2013 release, a comedown that made his tours from that period something of a slog. This surely won’t be the case in 2017, with this tireless road warrior still supporting 2015’s exceptional If I Should Go Before You, with its slow-building rock barnburners, folk earnestness and jazzy detours, each track a self-contained work of art. Green’s lyrics remain complex, poetic and soul-searching, but the sonic result is arguably more engaging than ever.

Cuban composer Jorge Martin’s fiery adaptation of exile poet and dissident Reinaldo Arenas’ memoir of the same name premiered in 2010 to wide acclaim. The story, which was also adapted for film in 2000, follows Arenas’ evolution from poverty-stricken child in the Cuban countryside to his emigration to the States in the 1980 Mariel boatlift to his final years in New York City. It’s fast-paced, politically potent and imbued with Latin dance rhythms, and it runs through March 25.

What: Jazz in the Gardens

Returning for its 12th year, this celebration of all things jazz, hip-hop and R&B has once again corralled an impressive docket of headliners. More than 70,000 attendees are expected to line up for Jill Scott, the triple-hyphenate singer-songwriter, actress and poet; Robin Thicke, the soulful “Blurred Lines” auteur; Herbie Hancock, the inimitable and chameleonic jazz pianist; and Morris Day & the Time, the vintage funkmasters. And that’s just Saturday alone: On Sunday, turn out for LL Cool J, Common, The Roots, Esperanza Spalding and more, and be sure to check out the vendor booths and local art on display.

Just a month and a half after the venerable Palm Beach Jewish Film Festival wrapped up its annual event, this newcomer hopes to harness its energy for an equally eclectic showcase of 27 films from around the world that illuminate aspects of the Jewish experience. The Boca Raton Jewish Film Festival opens Sunday morning with “Children of Chance,” a fact-based historical drama from France about a tubercular child sheltered from the Nazi occupation; and at 1:15 p.m., the award-winning Israeli drama “Wounded Land” follows a night in the lives of two police officers put at odds when they’re forced to safeguard an alleged terrorist over the course of a fraught night. For the entire schedule of films, which runs through March 26, visit the website.

Back in the golden age of the comedy-variety genre, “The Carol Burnett Show” averaged 30 million viewers a night. To put that into perspective, today’s top-rated comedy, “The Big Bang Theory,” attracts just 20 million—no inflation adjustment necessary. Burnett’s proto-gender-bending humor, which satirized everything from fairy tales and soap operas to Hollywood and the royal family, holds up just as well as its indefatigable creator, who at 83 remains a sharp, gregarious and productive road warrior. On this spontaneity-filled tour, titled “An Afternoon of Laughter and Reflection,” Burnett will share video clips from her storied career and will field questions from the audience.

For more of the latest A&E news, visit our Arts & Entertainment page, and subscribe to the magazine for a comprehensive calendar of the best events in Boca and beyond.