An Inteview with James Fallows 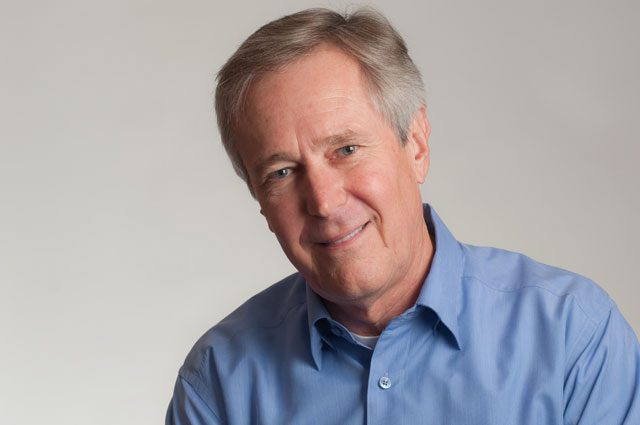 As the chief speechwriter for the Jimmy Carter’s first two years in office, James Fallows helped create the news. But since then, he has reported on it, largely forThe Atlantic, where he currently serves as a national correspondent, but also inThe New York Times Magazine, The New Yorker and other estimable outlets. As the author of 10 books, he’s written about our defense industry, the Iraq war, the failings of the mainstream media, and the future of air travel—and his prolific blog at theatlantic.com reports on an evolving buffet of topics.

But if he has a signature issue, it’s China, the growing geopolitical power and one of the United States’ greatest frenemies. It’s a complicated place, and this Saturday, March 8, Fallows will help us understand how it ticks, and our relationship to it, at Festival of the Arts Boca. Fallows will speak at 4 p.m. at Mizner Park Cultural Arts Center, in a lecture titled “How Shall We Think About China?” Tickets are still available ($25-$40), but in the meantime, Fallows was gracious enough to preview his presentation for us.

How and why did you first become interested in China?

In the mid-1980s, we took our then little children on a trip to China, which was then a very closed-up place. That just made me think there was more to learn. I went back and forth a number of times, and it was in 2006 that my wife and I moved there for a little more than two and a half years. The reason we kept going back is that it seemed so, not just important—which is banal—but also so interesting. Every day there was something new you learned.

How has the nation changed, for better or worse, in the decades since you started studying it?

Mainly for better, but in both ways … one of the big points I try to make when I talk about China is to recognize that all things about it are true at the same time. It’s good and it’s bad; it’s getting better and it’s getting worse. The two main things that have changed for the good are that you have maybe 300 million people who had been peasants and now have modern lives of one sort of another. And it’s connected by a shift away from an all-controlled totalitarian life in the late Mao period to what is now a still authoritarian regime that controls certain parts of life very strictly but leaves the rest almost entirely uncontrolled. The main change for the worse is the environmental situation in China; it’s a genuine disaster. That’s a problem for them and for everybody.

Yes, in fact, you wrote recently on the Atlantic’s website that “environmental sustainability is by far the largest and most urgent challenge for China. The country’s blackened skies, poisoned lands and waters, and untrustworthy food are a public health menace; they are an emerging political threat to the government; they are the main challenge that China’s rise creates for the world as a whole.” A very concise statement that says a lot with few words.

In the years we were living there, I traveled to a lot of coal mines and steel factories, places where people were trying to work on these issues. And it’s worth recognizing that the government is trying generally to do something about this—in some ways trying harder than the U.S. The problem is that it’s so enormous that they’ve been losing rather than gaining ground in the last few years. I think if there’s anything that really threatens the continuation of the Communist party there, it’s the consequences of environmental disaster—farmers who can’t grow crops, and all that.

It reminds me of a time last year when I spent a few hours in the Tokyo airport, and I noticed the huge numbers of people wearing protective masks over their mouths. Is it the same in China?

Yes, but for different reasons. We lived in Japan for a couple of years, and in Tokyo, it’s a thing involving hygiene and public comportment, where if you’re sick, you want to protect other people and protect yourself by wearing a mask, where in China they’re more straight-out pollution filters. A couple of days before that [blog post], I also put up a video of [Pharell Williams’] “Happy” song shot in Beijing, which does give you a sense of the liveliness but also the horror of things there.

What would be the strongest misconception that most Americans have about China?

That it’s a limitless success and that it’s all-powerful. It’s a huge success story, but it still has a hundred times more problems than the U.S. does. And its future success is much more tentative than America’s. That’s the main misconception. Also the idea that it’s one big centrally controlled bank as opposed to this shambling, diverse operation.

It’s interesting that you mention that first point … I’ve heard the argument that we should all be learning Mandarin, because it’s only a matter of time before China overtakes the U.S. as the world’s superpower. Is that just alarmism?

In terms of overtaking the U.S., it is certain that at some point China’s economy will become more productive than America’s, but for that to happen, it only has to get one-quarter as rich per capita as the U.S. Now it’s about one-seventh. So it’ll get larger as an economy, but that is not that significant. On all dimensions of superpowerdom, I think that is a very long time away, because that includes military power, cultural power, university power, hydrological power and all these things. The argument I was making in my book China Airbone is that it’s what China would like to do, but it’s going to be a lot harder to do that than the last 30 years have been. So my point is, the last 30 years, as difficult as they were, were the easy part. The harder part starts now.

Do they have high-speed rail in China?

We hear the phrase “state media” bandied about in this country, such as that MSNBC is now state media for the president, and that during Bush’s term, Fox News was state media. But is that hyperbole when considering what state media really is in China?

Yes. That’s a metaphor or loose talk in the U.S. It’s literal description in China. I mentioned earlier that only a few things in China are controlled, and the media, collectively is one of them, and it’s very tightly controlled. There are some Chinese journalists who are constantly pushing the limits of that, and for example they can now write about environmental problems, which they couldn’t do 10 years ago. And they can write about labor issues. But they absolutely cannot write about personal wealth of leaders, which is the most sensitive thing that challenges the Chinese Party.

So I argue that state media is one of the real self-imposed limitations for China. You’ll recall that after the 2012 presidential elections, there was a lot of discussion among Republicans about whether Fox News had actually hampered them by presenting what turned out to be an unrealistically positive assessment of how Mitt Romney was doing. This made them feel better during the campaign but obscured the reality of how things were heading and may have kept them from adjusting their strategy in the most effective way. Some Democrats argued that there was a similar problem with MSNBC’s coverage of Obamacare, which underplayed its problems and made its rollout an unpleasant surprise.

There’s something similar with Chinese state media. It’s convenient in the short term to control it, but in the long term it leads them to not really know what’s going on.

I watched an appearance you made on “Morning Joe” in 2012, when Joe references an article you wrote which predicted an independent party president in 2016. As someone disillusioned with both parties, that sounds pretty good to me. Do you still see that as a viable possibility?

This was an article I wrote back in 2005 as a cover story in The Atlantic, and it was meant not as a prediction but as a parable. I feel it’s worth going back and looking at; it’s called “Countdown to a Meltdown,” and the purpose was that I wanted to write about the financial bubble of those years, which of course crashed a couple of years later. I had an imagined memo from the imagined Karl Rove-type guy of 2016, writing to the imagined Independent party president of that year, and describing how the two parties paralyzed themselves. I think a third party president in 2016 is not going to happen, but that economics in that piece stand up OK.