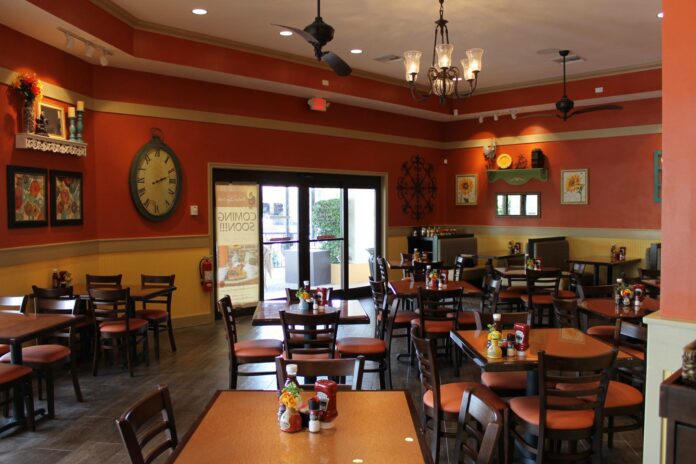 They’re breakin’ eggs and bustin’ appetites in Boca’s Royal Palm Place, where the first local outlet of what are expected to be more than three-dozen Another Broken Egg Cafes throughout South Florida has made its debut.

The 36-unit chain shows off its Louisiana roots with a variety of Cajun-Creole inflected dishes to go along with its massive omelets, Benedicts, pancakes and “scrambled skillets.” Open only for breakfast and lunch, it fills out the afternoon meal with a selection of burgers and sandwiches, composed salads and brunch items from shrimp ‘n’ grits to biscuits ‘n’ gravy.

The breakfast menu is not for the faint of palate (or waistline), with choices like Southern-style biscuit beignets with powdered sugar and honey marmalade, cinnamon roll french toast with cream cheese icing and Banana’s Foster sauce, a “Mardi Gras” omelet with andouille and crawfish under tomato hollandaise and eggs benedict a la Oscar, with grilled flatiron steak, two poached eggs, crabmeat, asparagus and bearnaise sauce.

And, no, they do not come with a side order of Prilosec.