Backstreet Boys Had it Going on at BB&T Center

On Friday, Aug. 23, the Backstreet Boys graced the BB&T Center stage in Fort Lauderdale, Florida for adoring fans in a sold-out show that was perfect for a girls night out.

As soon as my friends and I stepped into the arena for the first of their two-night show, we knew we were in for a huge treat. We spotted bachelorette parties and girls who crafted unique shirts for the night to celebrate seeing their favorite boy band, such as “BSB is Larger than Life” and “We Want BSB That Way” as a nod to their single, “I Want It That Way” from their 1999 Millennium album.

These fans were in it for the boys, and they were in for an unforgettable evening.

As soon as Backstreet Boys graced the stage, they performed songs from their new DNA album, but mostly from the ’90s and the 2000s took center stage. From ballads such as “More Than That,” to surefire hits like “As Long As You Love Me,” the boys proved they were there for their hardcore fans who have followed their more than 20-year musical career.

If you get a chance to the BSB tour, please don’t hesitate…these guys proved that they’re “Larger Than Life” and then some, as they danced, sang and orchestrated their way into every heart in the audience.

Proving, boy bands aren’t dead…they’ve grown up and the fans are there for them still. And that, my dear readers, is musical magic. 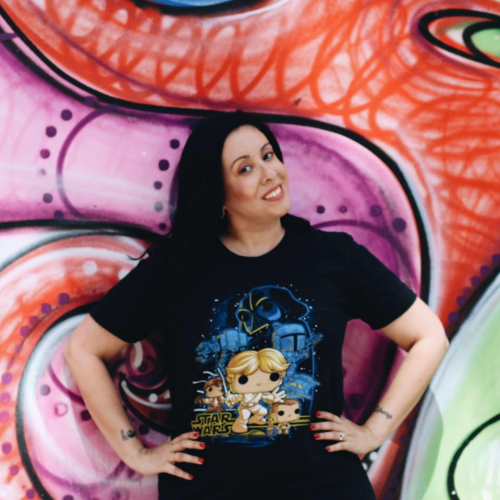