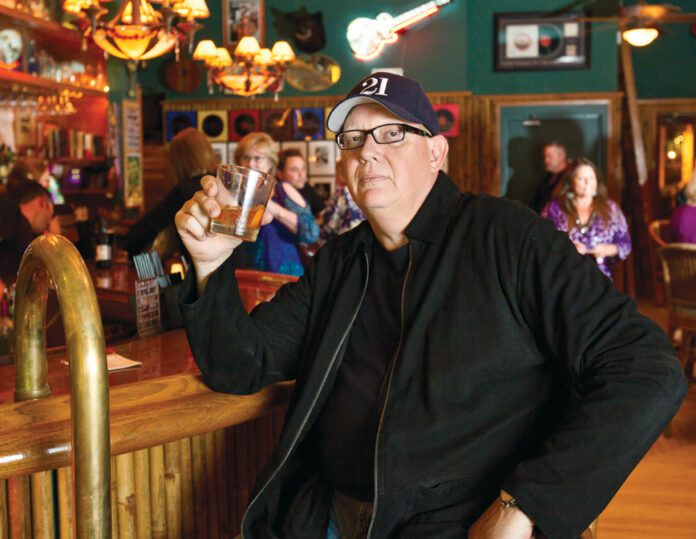 Russ Hibbard wants to make one thing clear: The Bamboo Room is not going anywhere. But the Lake Worth music venue’s longtime owner is.

Fans of the bamboo-lined club probably noticed an absence of shows booked beyond May 31. This isn’t entirely unusual, as the venue has closed off-season in the past. But this time, there’s another reason: Hibbard, who has captained the ship for some of the best live blues, rock, Americana and jam music for the past 16 years is taking early retirement.

“It’s time to move on and let somebody else use it,” Hibbard told Boca Raton via phone last week, while battling a nasty case of bronchitis. “We’re proud of the experiences we’ve given, but it’s always been part of our retirement plan to sell the building. So with the economy picking up, we thought it was the right time to start trying to find a buyer who would want to continue the Bamboo Room.”

Hibbard is considering a couple of offers, both from regulars at the club, whom he says are unlikely to make any drastic changes to its longtime m.o.

“A new owner will be a new owner, but you don’t throw away the equity built in a name and reputation like that,” Hibbard says. “I don’t see that happening regardless of who owns it.”

Back in 2008, the Bamboo Room famously did close—and remained shuttered for two years during a period of economic uncertainty that led to the dissolution of many arts organizations. Hibbard wants to assure the club’s fans that this won’t be another ’08, noting that even cosmetic improvements to the building led to wild speculation that nothing would be the same.

“Every time we did something, the rumor mill would start up,” he says. “If I painted the building, it had a new owner. If there were cranes there to replace the A/C units, then ‘oh, there’s a new owner.’ People are full of shit. Just relax!”

No doubt, the Bamboo Room’s regulars will be eagerly anticipating its rebirth next fall. In the meantime, you can still catch Hibbard’s remaining bookings through the end of May. Here’s the breakdown: