Blaze Pizza Fires Up in Boca 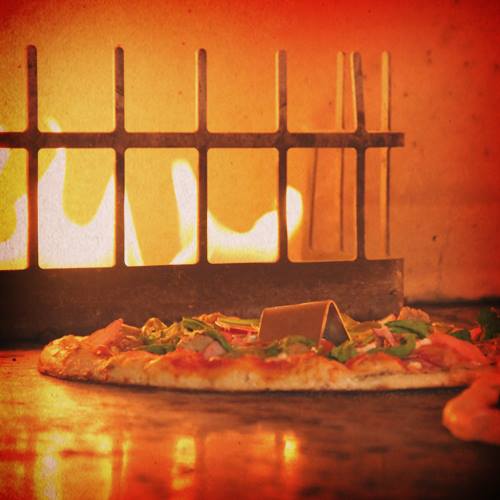 The Chipotle-ization of dining out continues apace with the debut of Blaze Pizza (2146 N. Federal Highway, 561/923-9353), a DIY purveyor of “gourmet” pizzas in Boca Raton’s Fifth Avenue Shops.

Blaze follows the basic Chipotle model, substituting thin-crusted, 11-inch pizzas for burritos. You get in line, choose from either a roster of “signature” pies or pick out the toppings for your personal pizza, then watch as they get blasted in a 800-degree wood-burning oven in three minutes.

Like Chipotle, Blaze touts its upscale ingredients, eco-friendly orientation and hipper-than-McDonald’s ambiance. So there’s ovalini mozzarella, goat cheese and gorgonzola, arugula and artichokes, applewood-smoked bacon and grilled chicken, plus packaging made from recycled and/or sustainable materials. Pizzas can also be had with gluten-free dough and vegan “cheese.”

Also like Chipotle, Blaze has big plans. The Boca Blaze is the second SoFla location for the chain, which currently has more than 50 eateries across the country, a number the California-based chain expects to double by the end of this year. Also worth noting are some of its investors, which include LeBron James, Maria Shriver and movie producer John Davis.