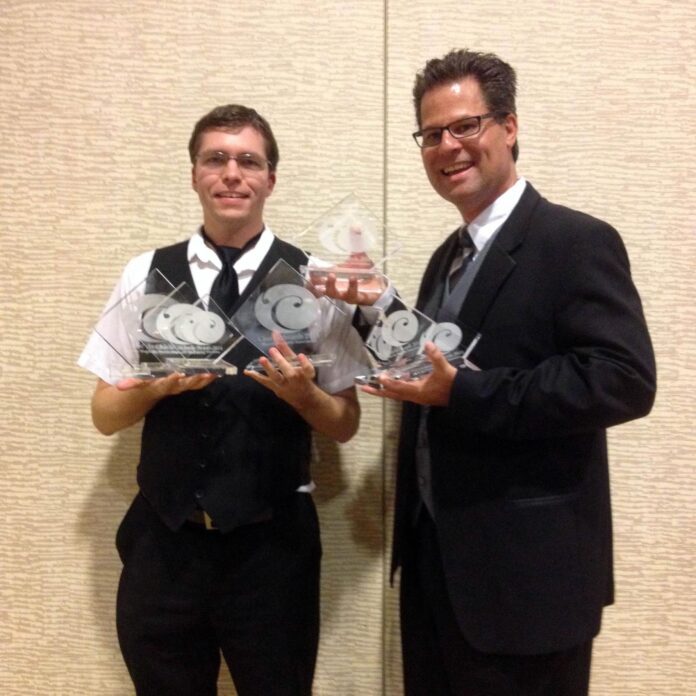 Boca Raton magazine took home several of the evening’s most coveted honors at the 61st annual Charlie Awards this past weekend. Our industry’s version of the Academy Awards, hosted by the Florida Magazine Association, drew representatives from publishing companies throughout the state to a glamorous affair at the Omni Orlando Resort at ChampionsGate.

The magazine’s A&E editor John Thomason (left) with Boca Raton editor Kevin Kaminski after an award-winning evening in Orlando. Boca Raton added to its legacy as one of the state’s premier consumer publications by earning FMA’s highest honor — the Charlie Award for Best Overall Magazine (in the 20,000 to 50,000 circulation bracket). It marked an unprecedented 12th consecutive year that Boca Raton has been a finalist in this category — and the fifth time in seven years that Boca Raton has captured the first-place Charlie Award in the Best Overall category.

All told, the magazines of parent company JES Publishing walked away with eight FMA honors. Among the other highlights:

Worth Avenue, the annual publication for the Worth Avenue Association published by JES, captured the Bronze Award for Best Custom Consumer Magazine.

Congratulations to all the dedicated and talented individuals responsible for producing the ONLY Boca Raton magazine!!