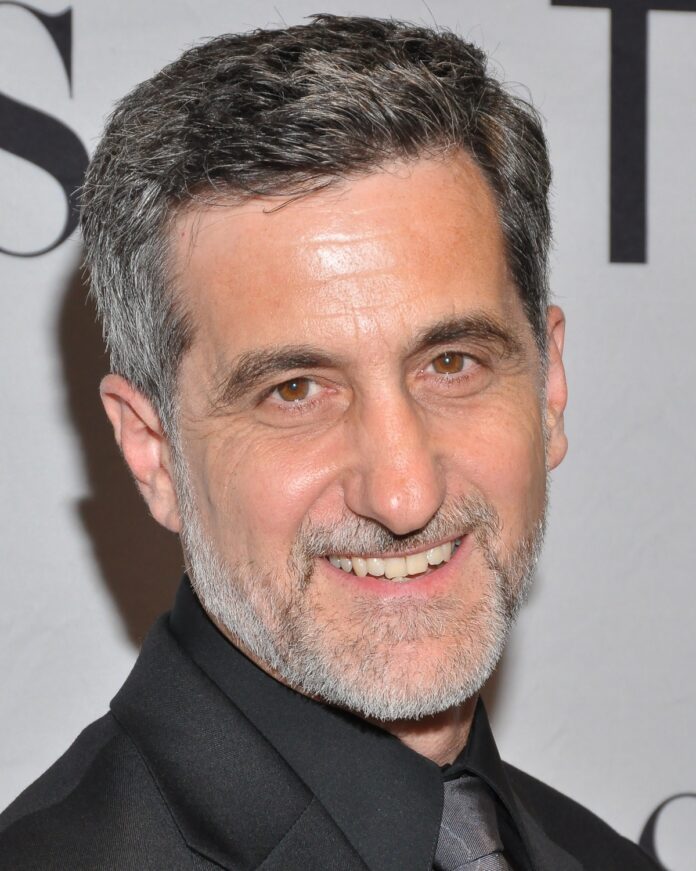 Yesterday afternoon, at his lecture at the Crest Theatre in Delray Beach, Bill Berloni had us before hello.

He walked onstage with a leash, and on that leash was a brown Chihuahua in a sparkly pink Juicy Couture sweater, tail wagging. Berloni carried the pooch’s matching fuchsia travel bag and set it on a chair. Minutes later, after Berloni placed the dog in the bag, it made itself comfortable, resting its eyes in the way only adorable creatures do, and the room stopped listening to Berloni and emitted a collective “awww.”

Berloni is used to this; he’s probably brought Chico, the Chihuahua, to dozens of lectures just like this one. Chico starred in “Legally Blonde: The Musical” on Broadway and was responsible for the opening “lines” of the play—barked exposition that Berloni helped recreate toward the end of his lecture.

But as Berloni explained in his humbling, touching presentation, Chico is just one of the countless animals he’s worked with in his career as a Theatrical Animal Trainer. “I’m the only one in the world to have that title, because I made it up,” he said. He discovered his first animal in 1976 and has spent more than 40 years cultivating this art form in Broadway shows ranging from “Camelot” and “The Wizard of Oz” to “Oliver” and “Gypsy,” and he’s worked with stars such as Tom Hanks, Meryl Streep, Natalie Portman and Julia Roberts. He won a special Tony award in 2011 for his contributions to the Broadway stage.

He didn’t mention any of this in his lecture—or at least, he barely glazed over his impressive credits—choosing to focus instead on the empathetic rapport and mutual respect he cultivates with his stage animals, most of them saved literally from the brink of death in high-kill shelters.

As Berloni acknowledged, his introduction into animal training has become showbiz lore: As a wannabe actor working in unpaid set construction for a Connecticut summer stock production of brand-new show called “Annie,” the 18-year Berloni was offered a role in a musical and an Equity card—if he could find and train a golden retriever to play “Sandy” in time for the show’s opening. He did find that dog, purchasing him for $7 from a local pound. That very dog would go on to play Sandy for 2,333 performances of “Annie” on Broadway, and Berloni became an accidental professional in the invented field of Theatrical Animal Trainer.

Hearing Berloni give new life what sounds like an apocryphal Hollywood tale brought the story home to the Crest audience. He described the raw deal he received as a teenage intern: “[The director] needed a sucker, and somehow my name came up.” He told of visiting rough dog pounds in New York and New Jersey, where the poor animals lived among dirt and their own feces. “Urine is splashing on my face” at the Connecticut Humane Society on the day he meets Sandy, the very afternoon before she was slated to be euthanized.

This fact would have a monumental impact on Berloni. “I held a creature that was going to die,” he said. “When in society did pets have expiration dates?” Powerful stuff.

Berloni is a good raconteur and an effective humorist, but it’s the sheer love for his animals that endeared him to the Crest audience. He revealed that he keeps all of his stage animals after their show runs end; he lives in a 5,500-square-foot house, only 1,500 of which is the “human space” he shares with his family. The rest is divided into separate wings for the 30 dogs that live with them.

Not everyone would be willing to sacrifice so much time and effort for these animals in their everyday lives, let alone train them onstage—which means working with the dogs’ natural tendencies and employing classical conditioning techniques—for thousands of repetitions, over the course of a year per show, to get it just right.

“I wake up every day loving my job,” he said. “I get to play with animals and make a living.” Since Berloni is too humble to brag, I’ll say it for him: It takes a special person to do this, and it was a pleasure to listen to his story for an hour and hope that just a little bit of that specialness rubs off on me.