From the Magazine: Chasing a Phantom 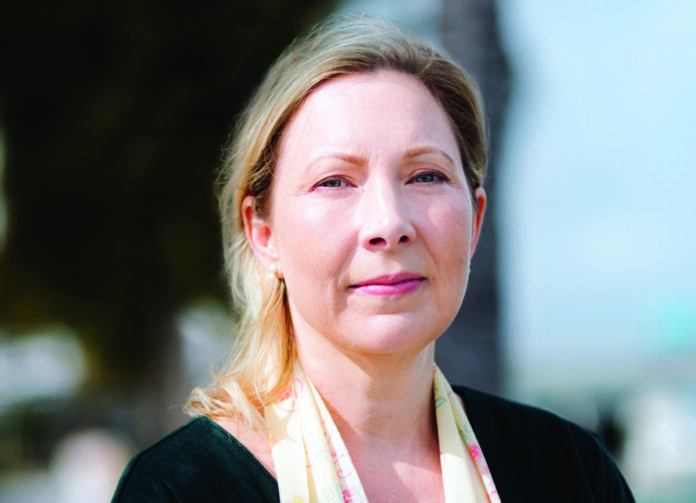 Alfred Hitchcock was, in addition to a great artist, a charismatic marketer of his own brand. But he didn’t build his “Master of Suspense” legacy on his own.

Phantom Lady, a new book by Christina Lane, University of Miami’s chair of the department of cinematic arts, pulls back the curtain on the life and times of longtime Hitch collaborator Joan Harrison. In 1933, the 26-year-old Harrison answered a newspaper advertisement to be Hitchcock’s secretary. The filmmaker hired her on the spot, and it didn’t take long for this enterprising assistant to evolve into a creative force that would shape Hitchcock and crime cinema for decades.

Harrison wrote or co-wrote five of Hitchcock’s British movies, becoming the first screenwriter to be nominated twice in one year (for “Foreign Correspondent” and “Rebecca”), and helped shape many others, from her uncredited perch as Hitch’s creative “other half.” Later, she would produce films and TV series. Lane argues that Harrison was “the prototype of the modern-day showrunner.”

Lane, who lives in North Miami with her filmmaker husband (and Boca contributor) Gaspar Gonzalez, fields questions about her book and more.

ON HER LIFELONG AFFECTION FOR FILM NOIR: I think it offers us a way to explore crime—the unexpected things that happen to everyday people—and also the criminal side of ordinary people. Movies allow us to explore all of that from a rather safe distance; we get to rehearse our worst nightmares but return back into a safe space.

ON JOAN HARRISON’S LEGACY: The fact that she was not a director didn’t mean that she wasn’t creatively involved. In the Hollywood studio system she was working in, she actually had almost all of the hands-on creative control that directors had. So she would say, “I would never want to be a director, because I want to be able to leave the set at 6 p.m. and not have to dirty my hands with the technical work.” But she was doing so much of the inside and aesthetic and creative thinking that she was in there with the director at a very deep level.

Her obscurity does have to do with this director’s mystique, and this sense that we don’t know what a producer does. With that elusiveness, she does get cast off to the margins. This is what happens to women. There are a whole lot of women that are changing the way movies are made. And a lot of them are just not remembered, and not given the credit they should be, because they weren’t directors.

ON THE KIND OF CINEMA HER STUDENTS ARE DRAWN TO: The students we have coming in are more interested in writing for television than they are in cinema. And they also understand that these categories don’t necessarily apply anymore, that they see writing for the screen as their goal, because what’s the difference between writing for a limited series on Netflix or HBO, and writing for a feature film? It’s beginning to collapse.

ON THE MOVIEGOING EXPERIENCE DURING COVID: It’s almost as though now that people can’t go to the movies, they really appreciate that experience. Now there’s a longing for that. So there’s a lot of home viewing, and in filmmakers figuring out how to get around the limitations that they have … Nothing is stopping them.