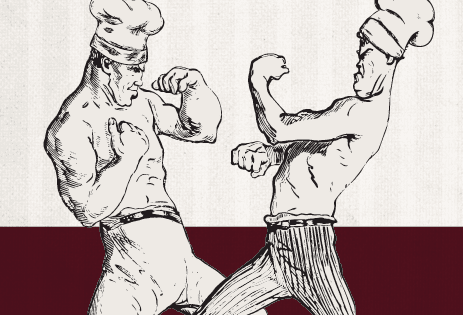 More than a dozen local chefs have signed on to wage culinary warfare and determine whose cuisine reigns supreme in the bracket-style competition (think the NCAA playoffs) set to begin at Dennis Max’s downtown Delray eatery at 9:30 p.m. on Wednesday, June 17, (and continue for at the same time and place for 15 weeks until a winner emerges).

Patterned after the edgy cable TV cook-off Knife Fight, the battles are all open to the public for a $10 donation, which will benefit the Boys & Girls Club of Delray Beach. Drinks and munchies will also be available, at happy hour prices. There’s also a draw party for the chefs on Wednesday, June 3, at 9:30 p.m.