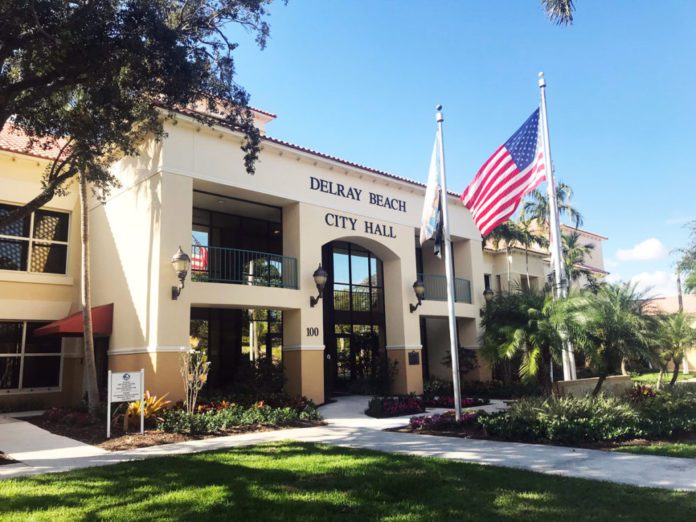 Delray Beach will pay the Florida Department of Health a fine of roughly $1 million for water safety violations.

During an eight-minute special meeting on Tuesday, the city commission unanimously approved a consent order to settle the case. In January, the preliminary consent order had recommended a fine of roughly $3 million. Further negotiations had dropped it to $1.8 million before approval of the final document.

In the agreement, the city admits to several violations. The most serious is failure to avoid “cross connection” between the reclaimed–partially treated–water system and the drinking water system.

Partially treated water is suitable only for irrigation. It can make people sick. All the other violations, such as failing to report incidents of contamination, stem from that larger issue. The city failed to properly install devices that prevent contamination.

Within 30 days, Delray Beach must issue a public notice of its failure to implement the cross-connection prevention system. Within six months, the city must complete installation of all prevention devices at properties now labeled “pending.”

And within three years, the city must show that all connections to the drinking water system are safe. Delray Beach must make progress reports to the Department of Health every three months. The state agency is responsible for ensuring compliance with the federal Clean Water Act. Money to pay the fine will come from the insurance fund. City Manager Terrence Moore and Utilities Director Hassan Hajidmiry already had been preparing to build a new water plant. Delray Beach’s plan may have been a factor in the state lowering the fine. Department of Health officials had said that the goal was to ensure that residents had safe water for the long term.

Still, the fine is very high compared to normal violations by local governments. Former City Manager George Gretsas hired Hajidmiry to fix the problem. Investigations showed that there had been issues for years at various levels of the utilities department.

Commissioners had no comment about the settlement, which the city negotiated with the help of an outside firm that specializes in environmental law.

Only 11 names are on the sign-in sheet. Three are residents. Two work for Kolter, which operates the Hyatt Place Hotel. Old School Square hosts weddings, and the city’s hoteliers have an interest in making sure that the venue remains open.

Two other names are representatives of AEG Presents, the live entertainment division of California-based AEG. Another two are South Florida representatives of a commercial construction management company. Still another works for the Miami Beach Convention Center.

Arts Garage did approach Old School Square’s board last year “about a potential merger,” Waldo said. “They turned us down hard.” But when Waldo and the Arts Garage board looked at the city’s “invitation to negotiate” on Old School Square, Waldo said, the proposal was “not one we were confident about.”