Come a Little Bit Closer: More with Jay and the Americans’ Kenny Vance 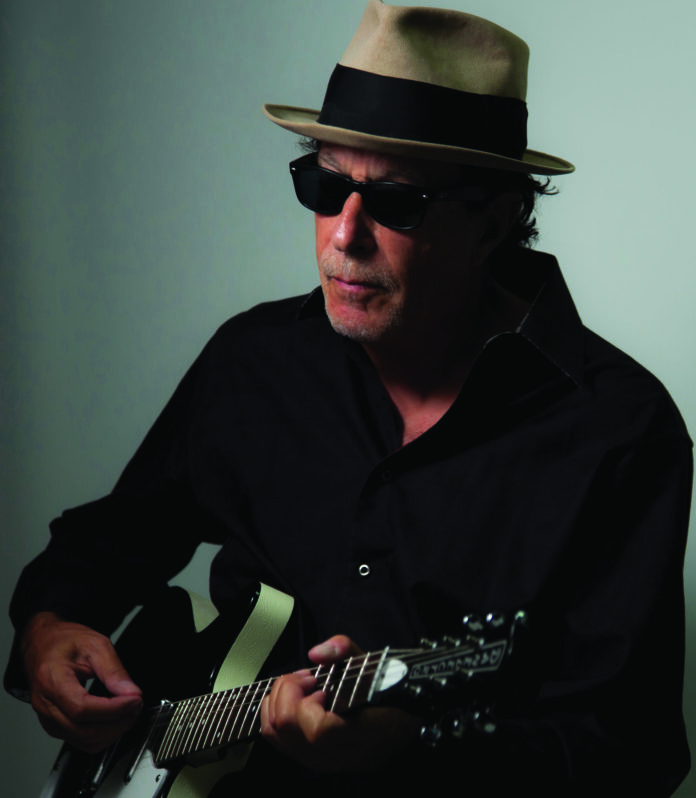 In the July/August issue of Boca magazine, we sat down with Kenny Vance, who recently celebrated his 60th year in the music business—decades that have included a founding stint with Jay and the Americans, a fertile career in the “back of the house” of the music business, and leading his most recent vocal group, the Planotones. In this Web Extra, Vance shares more insights from his illustrious and ongoing career.

On receiving the honor of opening for both the Beatles and the Rolling Stones on their first American tours, as a member of Jay and the Americans:

I do know that, along with the Beach Boys and the Four Seasons, we had had a bunch of hits in 1964. I guess the promoters didn’t know quite what to expect, so they wanted to have some American groups on the show that had a name. The promoters contacted us, and we did the shows. When we got there, I was shocked to discover that the Beatles actually knew who we were. We had had hit records in England, and they were friends with the Ronettes, and we were friends with the Ronettes, and they had told them about us. They were young kids as I was a young kid, and there was a certain camaraderie—“I’m in a group, you’re in a group.” There wasn’t a big separation in those days. We were contemporaries of theirs, and they accepted us as that.

If Jay and the Americans got a big career boost from opening for the Beatles:

No, I don’t think so. Because we weren’t cool. We were a vocal group. … The Beatles were basically emulating a style that took Buddy Holly and the harmony of the Everly Brothers, and they combined those two things in the early days. Of course, how they developed into extraordinary songwriters, that’s a mystery and a miracle of life.

On how he wound up working in the production and music supervision side of the music business:

When I left Jay and the Americans, which was around ’72, the last incarnation of Jay and the Americans had Donald Fagen and Walter Becker, of Steely Dan, as our backup band. And I started to make records with them. When I left the group, I had been a singer and had been in groups since I was 16. I was 31 or 32, and I had a family, and I didn’t know what to do, other than that.

Time went by, and luckily, a producer at Atlantic Records, Joel Dorn, who produced “Killing Me Softly” with Roberta Flack, and “Boogie Woogie Bugle Boy” for Bette Midler, signed me up, and we did an album, I guess it was 1973 or 1974 called Vance 32. It had the original version of “Looking for an Echo” on it. Even though it took 20 years for that song to become a cult classic, it wasn’t successful at that time. But some people heard it in Los Angeles, and they were getting ready to do a movie called “American Hot Wax,” a biopic about Alan Freed. They said, hey, let’s check out this guy who did “Looking for an Echo.” And they flew me out and they met with me, and they hired me to be the music director and the producer of the soundtrack album. And I realized at that moment what my gift was from working with [Jerry] Leiber and [Mike] Stoller all those years: I could make records. I could be a record producer.

I wound up doing that for maybe the next 10 years. I did “Animal House.” I could do period films. And then I did “The Warriors,” and I was the music director on “Saturday Night Live.” And I did “Eddie and the Cruisers.” HBO just went on the air, and they had a format where they could play movies five times a day. And they picked “Eddie and the Cruisers” for heavy rotation for a whole month, a year after the movie came out. And they called me up from the record company and said, “You’re selling 25,000 albums a day!” It became a huge hit because of the TV play on HBO.

On being labeled an “oldies” artist:

Maybe in the ‘70s, when stations like Majic 102.7 were still playing a lot of ‘50s music, all of a sudden they started calling it oldies. It had a sort of negative connotation to it. I work on shows [that] they’ve called “the best of doo-wop.” The term doo-wop never existed. It wasn’t until the ‘70s or ‘80s that they gave it that name. It was basically vocal harmony. And somehow there’s a lot of doo-wop, doo-wop sounds, and basically what those guys were doing was imitating ensemble horn sections—because they didn’t have any money. It’s basically some saxophones or trombones playing in unison. Somebody heard that sound on the record and coined the term “doo-wop.”

On the material he connected with on his latest album, For Your Love:

Music from the late ‘50s—early rhythm and blues music. Now with the internet, I can surf YouTube. There’s a song called “Love Me.” It was originally recorded by a Tex-Mex group in San Antonio in 1958 called the Royal Jesters. I just stumbled upon it on YouTube. There was a certain innocence to it, and it was the vibe I have carried with me since the ‘50s. So Johnny Gale and myself, we worked it up and recorded it.

There’s a group out of Connecticut called the Nutmegs. They had a couple of hits, but they really were esoteric. They were really special, and we did an a cappella version of one of their songs, as paying homage to them. I look at it now as that we, Johnny and myself, can make these authentic records, not copying the records but trying to extract the soul of the songs, and making them our own. And making it work for now.