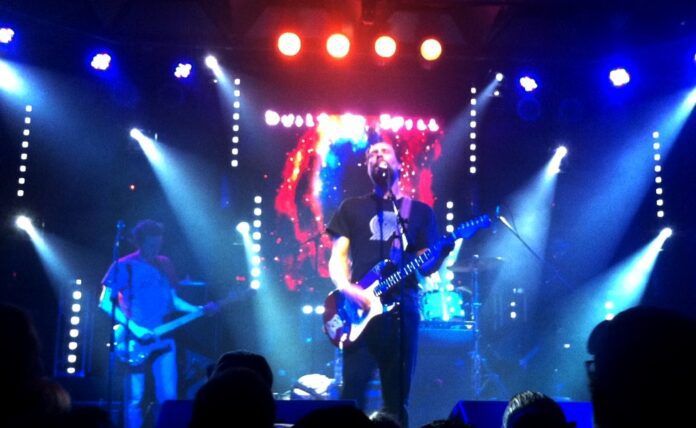 (NOTE: The Week Ahead will be posted on Wednesday of this week.)

Yesterday, I somehow managed to avoid consuming news and the Internet for the first half of the day, leading to my blissful ignorance of the rock world’s biggest loss of 2013. It wasn’t until after 5 p.m. that I finally logged on and read of the passing of Lou Reed.

So you can imagine the less than enthusiastic mood I was in when I attended Built to Spill’s now-annual Culture Room appearance in Fort Lauderdale. Then again, what better place to mourn the god of indie rock than at a concert by one of the countless bands to worship at his altar?

Anyone waiting for a statement from Built to Spill about Reed’s passing received one four songs into the band’s set, with Brett Netson announcing, “Of course, we have to dedicate this show tonight to Lou Reed.” The true tribute, however, came much later in the set, undoubtedly making this Culture Room show the most special of the tour.

But I’m getting ahead of myself. The show started slowly, with fans trickling in during the first two songs – “Traces” and “Revolution” – which didn’t seem to be known by the majority of fans. It picked up with the poppy and powerful one-two punch of “You Were Right” and “Center of the Universe,” then proceeded through a procession of older material, largely from Built to Spill’s first couple of records, that pleased enthusiasts of the group’s punkier, less spacy jam-rockers – though I’d never heard a better version of “Stab,” a five-minute song on record that felt like a transformed epic onstage. That, in turn, led to a crowd-pleasing and unpredictable rendition of Pavement’s legendary balled “Here.”

But the Pavement tune was just the appetizer to the entrée of extraordinary covers that peppered the encore, which went on as long as some bands’ entire sets. It included The Clash’s classic “Train in Vain” – complete with a guest harmonica player – and The Smiths’ “How Soon is Now?,” with its molten guitar work expertly played. And then came the extra-special kicker: the Lou-Reed penned Velvet Underground scorcher “Sister Ray, a monumental endurance test that might have eclipsed 20 minutes in length (The Velvets’ live performance of the song had extended as long as 38 minutes).

It brought the length of this concert to a solid two hours, constituting the perfect noisy sendoff for an underground music titan – making me fully smile for the first time since just after 5 p.m., when I read the obituary. Despite some occasional sound problems at the Culture Room – “Planting Seeds,” for instance, sounded muddled – this was a Built to Spill show for the ages, the most satisfying of the five times I’ve seen the band perform.