More on the DOH Fine Against Delray, and Will There Be a Brightline Tunnel? 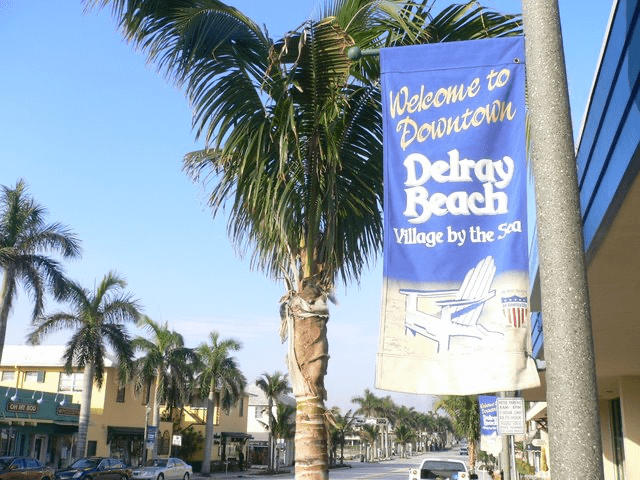 Delray Beach representatives have stressed that the $1.8 million fine the city faces for many years of violating safe drinking water standards is just the start of negotiations with the Florida Department of Health.

Technically, that’s true. Now that the department has sent a proposed final order, the city and state will talk. But a statement from the Department of Health suggests that the state isn’t prepared to budge much, if at all.

“The peer review and approval from DEP,” the statement said, “are required when the fines exceed a certain dollar threshold. The fines are calculated based on assessments of how much harm a violation of the rules posed to the environment as well as how significantly the violation deviated from the law.”

With the statement, a DOH spokesman included supporting documents to show that the agency based its fines on eight-year-old guidelines that specify what amount goes for each violation. That aligns with what I heard five months ago from Rafael Reyes, the department environmental health director for Palm Beach County. The state didn’t just pick a number.

Delray Beach hired the law firm of Lewis Longman Walker to negotiate with the department. A DOH official told me that the final order went to Alfred Malefatto, who chairs the firm’s Environmental and Natural Resources Law section. In the early 1980s, Malefatto was assistant general counsel for the Department of Environmental Protection when it was known as the Department of Natural Resources.

Since this story broke in January, most officials in Delray Beach have been curiously uncurious in public about why the city faces such a fine and the requirement to post a public notice that Delray Beach can’t guarantee that the drinking water was safe between 2007 and 2020. There has been no review of the 2017 contract to expand the reclaimed water system, which was the source of the complaints to the Department of Health. Indeed, the city tried to cover up those complaints.

The city hired a public relations representative who advised commisioners not to discuss the consent order in public. Any final order, though, would need the commission’s approval. Incoming City Manager Terrence Moore will inherit this problem when he starts work in six weeks.

Will Boca Raton build a tunnel from the Brightline station to Mizner Park? The odds are against it, but the city council likely soon will talk about it.

Last month, the council held its two-day goal-setting session. At these gatherings, any council member can raise an idea, no matter how unlikely or farfetched.

Mayor Scott Singer brought up the idea of a tunnel. He told me that he had “preliminary discussions” with Boring based on other projects under consideration in South Florida. One is a tunnel under the New River in Fort Lauderdale that would be part of a downtown commuter rail system. Another tunnel would connect Fort Lauderdale’s Brightline station with the beach. Self-driving Teslas would carry passengers.

Those tunnels cost about $10 million per mile. Singer said a pedestrian tunnel could be about half that cost. Even though it’s less than a mile from the site of the Brightline station east of the downtown library to Mizner Park, the short distance probably wouldn’t reduce even a $5 million cost very much.

Singer said the tunnel is just one idea for “last-mile” transportation solutions—getting people around downtown Boca Raton. “It’s probably not going to be the option we choose,” Singer said, but Boring will present it during an upcoming city council workshop meeting.

Boca Raton has not received a formal application for a senior living center in the southwest part of the city, but neighbors already are organizing against it.

Whelchel Partners has submitted documents for Royal Oak Hills Senior Living, a three-story, 128-bed facility along Southwest 12th Avenue just south of Palmetto Park Road. The 3.6-acre site has been home to a pair of churches for more than three decades. The current one has closed and the two owners of the property want to sell it.

Current zoning allows only low-scale residential development. Royal Oak Hills would require a rezoning and annexation into the Lake Worth Drainage District. It also would bring much more traffic.

Holli Sutton’s house borders the site to the south. This week, she was gathering signatures for a petition opposing the project. “There would be too much traffic,” Sutton said. She heard that a developer inquired “five years ago” about building homes but decided that it wasn’t lucrative enough.

A lot is happening on that stretch of 12th Avenue between Palmetto Park Road and Camino Real. The rebuilt and expanded Addison Mizner Elementary, three blocks south of the church property, opens in August. In tandem with the school construction, the city is installing new water and sewer lines as part of the Innovative Sustainable Infrastructure Program. There will be wider sidewalks and new lighting.

So the timing for this project is bad. The school district and the city have worked to reduce the twice-a-day bottlenecks and make student pickup and dropoff easier, especially since Addison Mizner will add sixth grade this year and seventh and eighth grades the next two years.

A senior center nearby obviously would complicate traffic. The developer promises a “garden walk” around the perimeter. Many parents walk past the property with their children going to and from their homes to the school.

I’ll have an update if there’s a formal application.

Florida Atlantic University has received a $10 million donation toward the neuroscience complex on the university’s Jupiter campus.

The gifts come from David Nicholson. The complex, which is under construction and scheduled to open next year, will be named the Stiles-Nicholson Brain Institute. According to a news release, Nicholson chose the name to honor his father and stepfather. Through an appropriation by the Legislature, the state has contributed $35 million to the institute.

After a corporate career, Nicholson founded three hedge funds, one of which is based in Jupiter. The institute will be part of the bioscience hub that also includes Scripps Florida and the Max Planck Florida Institute for Neuroscience. In 2006, the county commission rejected the plan to put Scripps on an inland citrus grove and instead build at FAU’s Jupiter campus. That decision led to creation of the hub that will include the Stiles Nicholson Institute.

Baptist Health South Florida announced Wednesday that Albert “Bo” Boulenger will replace Brian Keeley next year. It’s an in-house promotion. Boulenger, who has been with the company since 1985, is executive vice president and chief operating officer. Keeley also is a long-timer, having started at Baptist Health in 1969.

Keeley and the company made news recently. In January, the state gave Baptist Health nearly 5,000 doses of then-scarce COVID-19 vaccine. Residents of the Ocean Reef Club in Key Largo got some. Keeley owns a home in the club. According to news reports, 18 of Keeley’s neighbors had donated $340,000 to Gov. DeSantis.

When it acquired Boca Regional in 2019, Baptist Health grew to 11 hospitals. The company also owns Bethesda Hospital in Boynton Beach. James Carr, who chairs the company’s board of trustees, praised Keeley for all the growth on his watch.