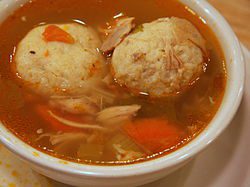 Henry’s (16850 Jog Road, 561/638-1949) is offering both its annual four-course Passover dinner at the restaurant, as well as the a la carte Passover To Go. The $40 prix fixe dinner features a Sedar plate and choice of appetizers, entrees and desserts, dishes ranging from gefilte fish and chopped chicken liver to roasted half chicken and brisket to flourless chocolate torte and strawberry shortcake. The Passover To Go menu features those dishes and more, including matzo ball soup and latkes. To Go meals must be ordered by 2 p.m. on Tuesday, March 31. Call 561/826-1791. Pickup is on Friday, April 3, before 3 p.m.