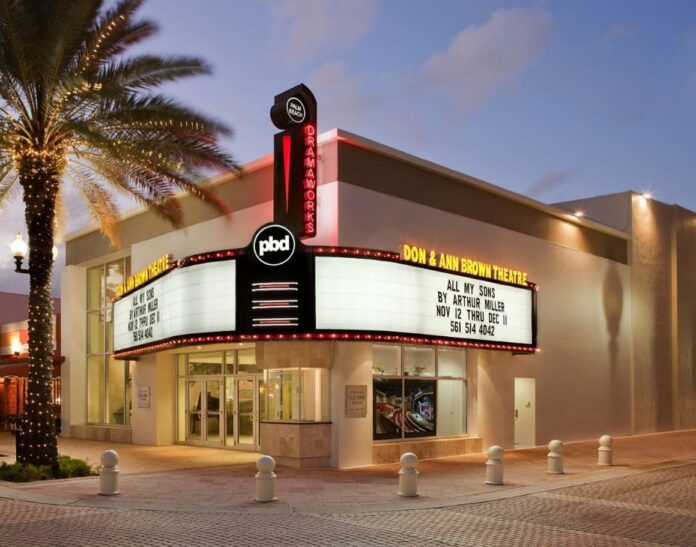 Palm Beach Dramaworks (PBD), which like many local regional theatre companies has been experimenting with online-only programming since the pandemic, has announced its grand reopening for Oct. 15, and with it a full season of plays.

The 2021/2022 season is especially significant for the venerable West Palm Beach company, because it marks its 20th anniversary. Last year, Dramaworks had planned to honor this milestone with a season of revivals from its rich history. That focus has changed moving into the fall, but the lineup of productions will be equally unique: According to the announcement, “in this special season of renewal and new beginnings, PBD has chosen to focus, for the first time in its history, solely on plays written in the 21st century. These are plays that ruminate on universal themes and subjects that seem to have a special urgency at this moment in time: love, longing, politics, race and racism, anti-Semitism, art, morality, aging, determination, resiliency and courage.”

Count us in. Here’s what to expect when Dramaworks reopens, along with new health and safety protocols to be announced.

“Almost, Maine,” John Cariani’s touching and reflective suite of nine short plays all set around the fictional town of the title, broke local box office records when it debuted in Portland, Maine in 2004, and it’s become something of a northeastern institution. A chance encounter in a laundry room, the majesty of aurora borealis, and other tender stories of connection and loss have made Cariani’s play a hit well beyond its geographical origins.

Dramaworks has been shepherding this latest world premiere from South Florida’s own Michael McKeever since January 2020, when it was a highlight of the company’s New Year/New Plays Festival. Rewrites and virtual readings have followed, and December marks its fully staged debut. The drama centers on the courageous Dutch family that sheltered Anne Frank and seven others for more than two years during the Nazi occupation of the Netherlands, and the challenges they faced while hiding, feeding and communicating with their clandestine houseguests.

Canadian playwright Joanna Glass’ two-character play, which premiered to great acclaim in Chicago in 2004, is inspired by the writer’s own stint working as the personal secretary to Francis Biddle, U.S. attorney general for Franklin D. Roosevelt, and chief judge of the Nuremberg trials. Not the sharp warrior for justice he once was, Biddle is an irascible, sometimes confused 81-year-old in the twilight of his life—obstacles his 25-year-old assistant must overcome to form a respectful relationship with the elder giant. If the plot sounds familiar, it might be because Dramaworks produced “Trying” back in 2006.

Lynn Nottage, playwright behind such titanic works as “Ruined” and “Sweat” and one of Time magazine’s 100 Most Influential People in 2019, scripted this 2003 masterpiece that went on to win numerous awards. In the play, which is based on the life of Nottage’s great-grandmother, a Black seamstress plies her trade in 1905 New York, sewing intimate garments for a broad swath of the city’s melting pot, while navigating a epistolary romance with a unseen Caribbean suitor. The results that follow are shattering. I believe GableStage last produced this play in South Florida, circa 2006; it’s been far too long a wait to experience it again.

The season will include with a to-be-announced world premiere next May, and the company is in the process of redesigning its website. For more information, visit palmbeachdramaworks.org or call 561/514-4042.