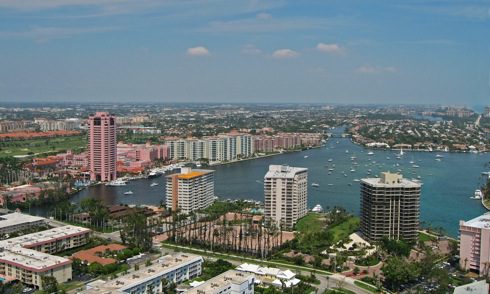 Nothing is more important than the Boca Raton city election this Tuesday, March 11, 2014. Historically, these elections have attracted fewer than 12% of the eligible voters in our community. This apathy has created a void in the leadership of this city. It has allowed the perpetuation of candidates who have failed to address the major financial issue facing us: police and firefighter pension plans that are in dire need of change to preserve the financial future and quality of life in Boca Raton.

We have discussed this issue for years beginning with the 1993 Mayor Smith’s Private Sector Survey. The council then and those that followed have failed to address this issue. And now it has reared its ugly head in the form of an actuarial shortfall of $129 million as of 10/1/12. The recent actuarial analysis presented to the city assumed a 7% rate of return in the Boca Raton Police and Firefighters Pension System investment portfolio. This rate is absolutely unrealistic; for the last 10 years, the plan has earned only a 4.1% compound rate of return. (Under the 7% assumption the shortfall of $169 million severely understates the size and gravity of the problem.) This overstatement of investment returns will result in tens of millions of dollars required to fund the pension liability for our public service employees.

And it is the city of Boca Raton that will be left holding the bag. Unfortunately, nothing has stirred citizen interest in this issue in the past, but when people begin to see rising taxes, fees, and diminishing services in this city they will wake up and realize the ship has left the port. All of us must vote on Tuesday; the voter apathy must stop. We must elect competent and qualified officials to our city council who will take ahold of the rudder and steer Boca Raton on a course of fiscal responsibility.

Of the two candidates running for Mayor in this election, Susan Haynie is the most qualified. Anthony Majhess accuses her of being a candidate of the developers. But without development and improved infrastructure how does our tax base grow to support our city’s financial needs? This is an old argument that has been used politically for years and hasn’t gained much air speed, as thinking voters understand the reality. However, Haynie’s lengthy (12 years) service to the city has familiarized her with the issues. It is it my hope that she will directly lead her contemporaries on the council in addressing the pension issue that has gone untouched by city leaders since 1993.

Majhess is the antithesis of Haynie, having no business and leadership experience. Majhess is a candidate of the very unions who have negotiated the cushy pension benefits that have put a stranglehold on our city’s finances. He is there merely to protect the firefighters’ pensions and perpetuate a broken system that threatens our fiscal future and quality of life. This is also a classic conflict of interest; Majhess is a Palm Beach County fireman, and his brother is a member of the Boca Raton Firefighters Union. If you believe he will objectively address the pension issue, think again.

A final thought: Just look at the cities and the states in this country that have gone into bankruptcy or faced horrendous financial consequences as a result of pension benefits spiraling out of control. Boca Raton faces the same situation unless public service pension reform takes place.

It’s time. Get out there and vote on Tuesday.

For more information on the city’s pension crisis, subscribe to The Boca Citizens for Fiscal Responsibility newsletter, judith.teller@teller-kaye.com.