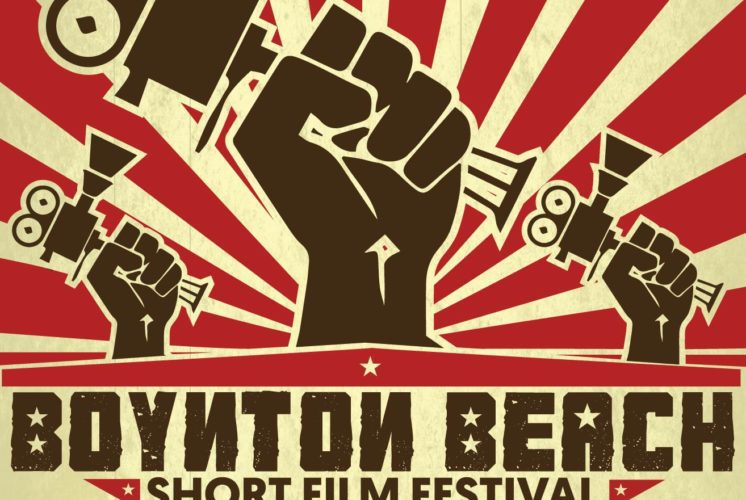 Opening night begins at 7 p.m. on Thursday, April 20 with brief introductions and remarks by film festival veteran and former film journalist Larry Richman, Boynton Beach Mayor Steven B. Grant and City Commissioner Christina Romelus, who is also a SouthTech Academy alumna. Featured films include: This Modern Man Is Beat, one of the most awarded shorts in the country, about a man who pawns his guitar and reconciles with his wife; Wishgranter, a worldwide film festival favorite, this computer animated film is about a reluctant mythical wish granting creature; Salutatorian, first place winner at this year’s Palm Beach County student showcase of films; Bulletproof, a short film that Morgan Spurlock based his 2014 documentary Becoming Bulletproof on, features differently abled actors – a nod to Alco Cinema’s focus on employing differently abled individuals; Attached at the Soul, winner of many national awards, the film highlights a husband and wife's bond that developed while fighting for equality; and Daylight, featuring up and coming artist, Chloe Dolandis, who will perform at the festival’s opening night after-party. The after-party is graciously hosted by Benvenuto and will begin at 9 p.m. Individual tickets to the Opening Night Red Carpet Event, including opening night films and an after-party with drinks and appetizers, are $35 and may be purchased here. Movie-goers may still purchase tickets for just the Opening Night films for $10 here.

Beyond opening night, the festival, which includes more than 70 films, is organized into blocks of short films of various genres. Film blocks include: Documentary, Drama, Horror, Showcase, Animated, Potpourri and Comedy, and include films shown on opening night. On Friday, April 21, one of the featured films is Pink Floyd Tribute – School of Rock, which explores how people ages 20 to 70 who are involved with the School of Rock in Coral Springs come together to put on a Pink Floyd tribute concert.  On Saturday, April 22, a featured animated film is Monty and the Runaway Furnace, in which a kind, old maintenance man is in love with the furnace that powers the factory he works at because he thinks it’s his deceased wife, and he has to save it from the new owner who wants to replace the furnace and everything else that reminds him of the previous factory owner, his dead father. On Sunday, April 23, there will be a showing of Hymns of Three Cities, which highlights dark and unknown incidents and systems of racial violence and injustice in Central Florida, an area known for celebration and tourism. In the film, the poetry of Dr. Stephen Caldwell Wright is accompanied by images of past and present. Tickets to film blocks are $10. The full festival schedule can be downloaded at www.bbsff.net. Festival tickets can be purchased by visiting the Alco Boynton Cinema website, clicking on the BBSFF image, then clicking on your preferred date and time block.

“We are thrilled to curate a festival with so many diverse short films for the Boynton Beach community,” said Jon Palardis, BBSFF director and DIGIFILM instructor at SouthTech Academy.

Sponsors for the festival are SouthTech Schools, Alco Boynton Cinema, WEINetwork, Benvenuto, Exposeyourself Printing. Festival sponsorships are still available. For sponsorships and additional information on the BBSFF, contact bbsfilmfest@gmail.com or visit www.bbsff.net. The BBSFF is also on social media at Twitter and Facebook.