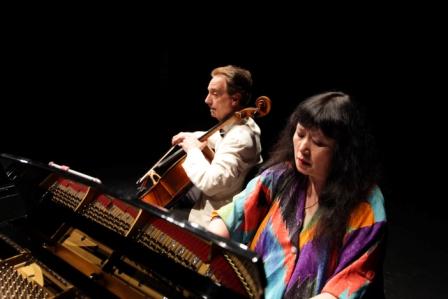 Co-Artistic Directors of the Chamber Music Society of Lincoln Center and recipients of Musical America’s Musicians of the Year award, David Finckel and Wu Han are among the most esteemed and influential classical musicians in the world today. The energy, imagination, and integrity they bring to their concert performances and artistic projects go unmatched.

“Mr. Finckel and Wu Han gave eloquent and deeply committed performances. He played with a deep and burnished tone and she with a sparkling virtuosity. Best of all was how keenly they listened to each other.” -The New York Times