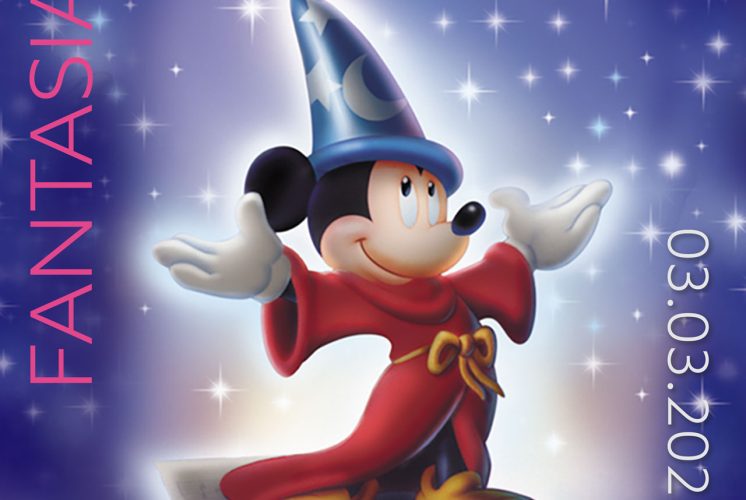 What better way to open this year’s Festival than with the animated classic that broke the mold, combining beautiful art with some of the greatest works in the classical repertoire? Remastered and projected on a giant screen, the film’s soundtrack will be performed live by Festival Orchestra Boca, conducted by Festival Music Director Constantine Kitsopoulos. Fantasia was originally a feature film designed to engineer a comeback for Mickey Mouse, whose popularity had started to wane. It ended up being a two-year long project that was influenced by everything from The Three Stooges to astronomer Edwin Hubble, from the Ballet Russe to Bela Lugosi.  And it was pathbreaking in everything it did – from sound to art to the way it was marketed and distributed. The film debuted on November 13, 1940 and all proceeds on Opening Night went to aid those suffering from the Battle of Britain. The film went on to break box office records and broad acclaim. It has since been named as the 58th greatest American film in the 20th century and the fifth greatest animated film of all time. The presentation of the film with live orchestra is a significant event, indeed it as the inspiring film was meant to be shown (over 20 percent of the initial film’s release was spent creating “Fantasound,” a precursor to SurroundSound that gave viewers the impression that they were hearing a live orchestra).