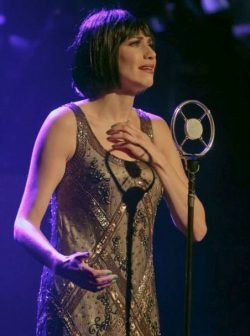 'From Broadway's Best to Today's Top Music' is a LIVE and PROFESSIONAL stage production following the historical contributions of Jewish composers to America's music and is guaranteed to entertain you!

This production is a historical musical adventure taking you through the history of the best Jewish composers who contributed to the excellence in America's music. From the early music of the great composers like Irving Berlin and George Gershwin to the best composers of today’s top music makes 'From Broadway's Best to Today's Top Music' the “The Jewish influence that made America's music GREAT!”

Musical numbers will be performed by top Broadway, Theatrical and Musical talent from New York City, Miami and Los Angeles.

There are only five performances and they will be performed at The Countess de Hoernle Theatre, 5100 Jog Road, Boca Raton, FL 33496. The theatre is located at the corner of Jog and Yamato roads in Boca Raton, Florida. Show dates and times are as follows: Thursday, Friday and Saturday, JANUARY 19-20-21, 2017 show times 8:00 PM and Saturday and Sunday JANUARY 21-22 show times 3:00 PM.

This production will sell out very quickly.

View www.Pegasus-Entertainment.com for tickets on-line or call 1-561-249-1165. A portion of each ticket purchased is donated to the Ruth & Norman Rales Jewish Family Services (a four-star Charity Navigator rated non-profit organization).