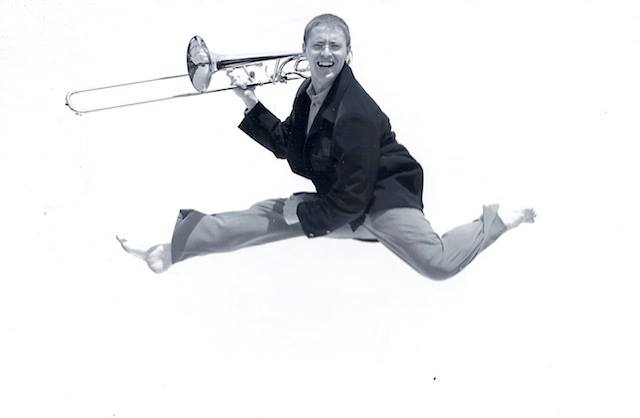 On Monday, May 15, Oxbridge Academy is proud to host a special performance by Grammy Award-winning trombonist Jonathan Arons. The concert is free and open to the public.

Arons is a Grammy winning New York City trombonist, dancer, actor and writer who’s backed up such R&B artists Aretha Franklin, Alicia Keys, Mariah Carey, The Temptations, The O’Jays, Ashford and Simpson, Gloria Gaynor and many others as a member of the world renowned Chops Horns. Arons is most known for being the “trombone dancer”, the guy who plays trombone a little and dances a lot on various television shows many of which have become popular video clips seen by millions. American television appearances include The Tonight Show with Jay Leno, Steve Harvey’s Big Time, Showtime in Harlem, The Today Show and Maury.