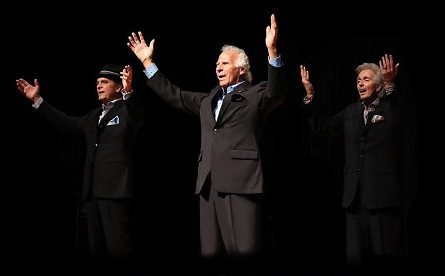 Jay Siegel’s Tokens are truly one of pop music’s most versatile, talented and enduring groups.  Ever since their first hit single in 1961, The Tokens have remained popular with generation after generation with songs like “The Lion Sleeps Tonight.” The Tokens were one of the first independent, not to mention youngest, teams to produce recordings for a major label, breaking into the really big-time in 1962 when they became the first vocal group to produce a #1 record for another vocal group with “He’s So Fine” by The Chiffons.  It was just the first of many smash hits Jay Siegel and his group had a hand in producing.  They became the production geniuses behind numerous other hits by The Chiffons, as well as the biggest hits by Tony Orlando and Dawn, The Happenings, Randy and the Rainbows and Robert John. You can see him perform the classic here. Single tickets range from $45 to $60, before taxes and fees, with a 10% discount on groups of ten or more. You can purchase them on sale at bocablackbox.com over the phone at (561) 483-9036, or available in-person at The Boca Black Box at 8221 Glades Road #10, Boca Raton, FL 33434, Monday – Friday 10 AM – 5 PM. He and The Tokens also sang backup vocals for such diverse artists as Del Shannon, Melissa Manchester, Connie Francis, The Blues Project, Keith, Mac Davis, Al Kooper & Bob Dylan. The Tokens were inducted into the Vocal Group Hall Of Fame in 2004. Also members of The Doo Wop Hall of Fame & The Long Island  Hall Of Fame. They’ve appeared on stage with The Beatles, Chuck Berry, Little Richard, Jerry Lee Lewis, Simon & Garfunkel, The Temptations, The 4 Tops & all the icons of  Rock N’ Roll.