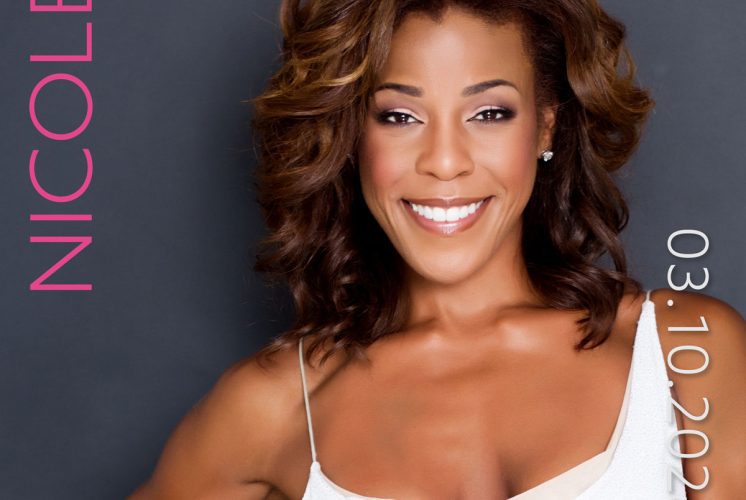 Nicole Henry is among the jazz world's most acclaimed performers, possessing a potent combination of dynamic vocal abilities, impeccable phrasing, and powerful emotional resonance. This concert is part of her new tour celebrating her latest (seventh) album, Time to Love Again. On her new release, Henry performs an eclectic mix of jazz standards and reimagined pop tunes with the sweet yet powerful voice that has made her a favorite with audiences and critics alike.  It includes songs like “Feeling Good,” a standard by Anthony Newley and Leslie Bricusse, “Midnight at the Oasis,” made famous by Maria Muldaur in 1973. And, Henry says, “Like any sensible person, I’m a big fan of James Taylor,” and she will likely sing a rousing version of Taylor’s “Your Smiling Face.”  It’s a bit of Sade, Stevie Wonder and so much more. Henry grew up in a musical family in Bucks County, Pennsylvania. She immersed herself in the arts early on, singing in school and church, and studying cello and ballet. After graduating from the University of Miami with a degree in communications and theatre, she launched a successful acting career, appearing in national commercials as well as a series of voiceovers. In late 2019, Henry garnered critical praise in the musical version of “The Bodyguard,” and, she co-starred in the world premiere of the new musical about the life of Louis Armstrong, “A Wonderful World,” at the Colony Theater in Miami Beach, presented by the Miami New Drama theater company. Among her numerous accolades, Henry received the Soul Train Award for “Best Traditional Jazz Performance” and was named “Best New Jazz Artist” by HMV Japan and “Best Solo Musician” by the Miami New Times.