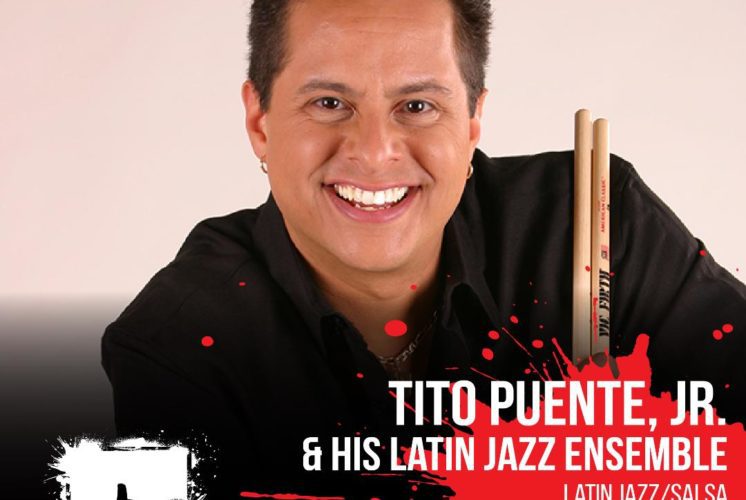 This event occurs daily, every 1 day(s)

Tito Puente, Jr at Arts Garage This Weekend Son of the legendary American salsa and Latin jazz musician Tito Puente, Tito Puente, Jr. has big shoes to fill. And boy does he! Tito Puente, Jr. returns for another night of exhilarating Latin rhythms that will get your feet moving. Always honoring his father’s legacy, Tito Puente, Jr. has also made a name for himself as one of the most exciting Latin musicians touring today. Puente, Jr. has performed in over 300 shows in a variety of venues across the country, from jazz festival stages to grand symphony halls. Details: Shows Saturday Dec 18, 8-10 Sunday Dec 19, 7 - 8:30 Tickets $45-50 at artsgarage.org Location 94 NE 2nd Ave, Delray Beach Phone 561-4520-6357 PERFORMER BIO: The comparison is inevitable. How could it be otherwise? Tito Puente Jr. carries his father with him – imprinted on his physical being and locked in his soul. It’s in his looks, his joy, and his music. Tito, Jr. is on a passionate mission. The younger Puente is determined to nurture the musical legacy left by his father. He refuses to let his father become a distant memory. “He was just too vibrant, too exciting. There was magic in the music my father made. It made people happy all over the world.” He has found captive audiences who echo his passion. Crowds lured to a venue by the father are returning to see the son — and to once again participate in the high voltage celebration that takes place on stage. Tito Puente, Jr. has become an audience favorite in casinos, performing arts centers, symphony halls and jazz festivals worldwide, performing more than 300 shows over the past 5 years. His 2004 album, “In My Father’s Shoes” featured the classic Puente titles and was spun into a BET Jazz television special of the same name. He was seen in a tribute to his father’s music on NBC’s two hour special–“The Apollo at 70: A Hot Night in Harlem.” He has also appeared on the ABC soap opera hit “One Life to Live” in performance with his big band. Symphony appearances include Dallas, San Antonio, Colorado, South Bend, and upcoming performances with the Palm Desert Symphony and the National Symphony Orchestra conducted by Marvin Hamlisch. Tito, Jr.’s CD “Got Mambo?” is a mixture of the old and the new as he takes a musical departure into some powerful new music he can truly call his own. “People who don’t know anything about Latin music know my father and people always, always smile when they say my father’s name,” he confides. “That is a very special gift I have been given.” The City of Miami Beach on Sept 29th presented Tito, Jr. with the key to the city. Tito, Jr. lives in South Florida and has two children, Miranda and Antonio.