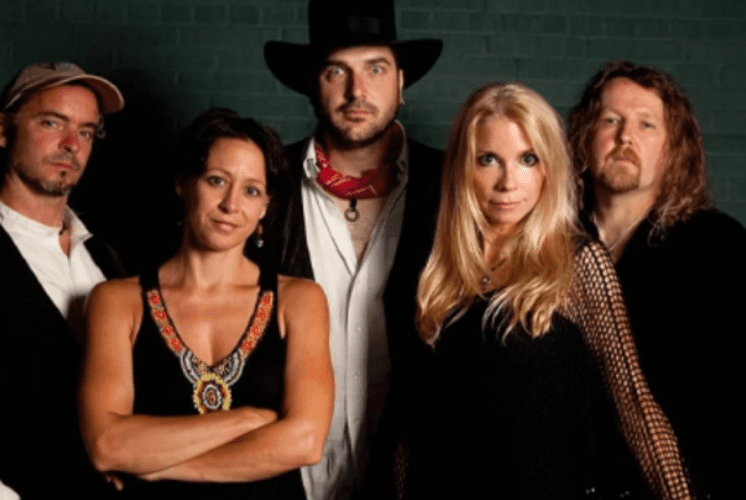 No fancy tricks, no gimmicks, just five musicians recreating the music of Fleetwood Mac to perfection with note for note renditions that no other Fleetwood Mac tribute on the touring scene today can come close to duplicating. Tusk covers all the great hits of Fleetwood Mac, which has featured the talents of Mick Fleetwood, Christine and John McVie, Lindsey Buckingham, Stevie Nicks and others over the years. The five seasoned, well-respected musicians comprising Tusk have been making music together in various combinations and styles, in original outfits and in cover bands, for over twenty-five years. It seemed only fitting that they should come together to form the Ultimate Fleetwood Mac Tribute and pay homage to a group that dominated the charts during the band members’ formative years. Authentic-sounding and always respectful, Tusk leaves no stone unturned in replicating the sounds of one of the world’s best-loved, top-selling bands. - Taking the role of front woman Stevie Nicks, Kathy Phillips IS Stevie Nicks. An amazing New Jersey singer/songwriter, Phillips captures the essence of Stevie in every way – her voice, demeanor, clothing, stage presence and more. A professional musician for over 20 years, Kathy has been known for her incredible original music as well as her uncanny vocalization and Stevie Nicks look. Phillips fills the shoes of Nicks with such ease, she leaves audiences truly mesmerized. Vocalist and multi-instrumentalist Kim Williams has spent decades honing her craft, deftly switching from rhythm section to solid lead player without missing a beat. Hearing and replicating tight vocal harmonies, a hallmark of the Fleetwood Mac sound, is no problem for this choral music enthusiast. Classically trained on piano and voice, a huge fan of 70s classic and southern rock, and raised on Willie and Waylon, Dolly and George, and the Great American Songbook, Kim uses all of her influences, years of training, and natural instincts to bring the music of Christine McVie and Fleetwood Mac to appreciative audiences all around the region. Scott McDonald, guitarist and vocalist, has been performing for over 30 years. One of his earliest influences was Lindsey Buckingham and his amazing style of singing and rhythmic guitar playing. Having worked with the members of TUSK over the years in various other projects, his cohesion with the players evolved and strengthened to where they are today. Some of his recent accomplishments included winning the 2010 Lehigh Valley Singer/Songwriter Acoustic Contest and winning the coveted slot of being the lead singer in the first “House Band” for the Lehigh Valley Iron Pigs Minor League Baseball team. Scott is passionately committed to giving his best performance possible every time he and the band recreate the incredible music of Fleetwood Mac live. A well seasoned drummer is Tom Nelson, to say the least, who carries the task of filling the shoes of the great Mick Fleetwood. A music teacher, and long time drummer with over 20 years experience, Nelson is the guy who gets the job done. His fills are seamless, as he recreates all of the hits of Fleetwood Mac and more. Guaranteed to provide you with a drum solo you won’t forget, Nelson hits Fleetwood on all cylinders. Randy Artiglere brings an extensive 30 years of bass playing experience in many styles of music to Tusk. With his attention to detail, he meticulously replicates the style and tone of Fleetwood Mac’s bass player, John McVie. Although, not to be an exact duplicate, Randy tosses in some of his own style and flare, giving Tusk’s bottom end the authentic Fleetwood Mac sound but with an energy that translates to live performance in a way that gets audiences grooving, whether they are Fleetwood Mac fans or not.