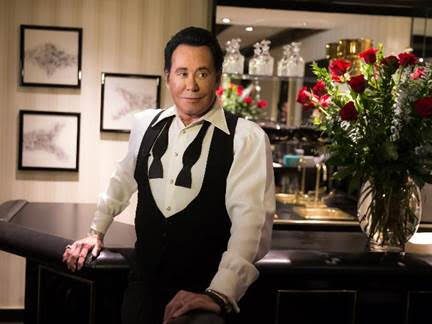 “Wayne Newton: Up Close and Personal”

“Wayne Newton: Up Close and Personal” will be coming to The Pavilion at Seminole Casino Coconut Creek on Saturday, June 3, at 8 p.m. Tickets priced at $55/$75/$95 are on sale now via Ticketmaster locations, online at Ticketmaster.com, or by calling 800-653-8000. The Pavilion box office will also open at 12:30 p.m. on the day of the show for on-site ticket purchases and will call pickup. Newton, who is known as “Mr. Las Vegas,” will sing crowd favorites including his platinum record hit Danke Schoen, as well as engage with the audience by answering questions.

His vast musical talents will also be on display as he plays an assortment of instruments (he can play 13 different instruments, all self-taught). Voted Nevada Magazine’s “Best Entertainer” for eight straight years, and having performed more than 30,000 Las Vegas shows, Newton will share with the audience stories and videos that were impactful and influential on his 50-plus year career. A Virginia native, Newton has recorded and released 165 albums, which have included such hit singles as Daddy, Don’t You Walk So Fast, Red Roses For a Blue Lady and Years. He has performed live in front of more than 40 million people.

One of only two people in Las Vegas history to receive the city’s Medal of Honor, Newton has a star on the Hollywood Walk of Fame and was the very first star placed on the Las Vegas Walk of Fame. He was also named one of the “Top Three Entertainers of the Century, in Nevada and Around the World,” along with Frank Sinatra and Elvis.