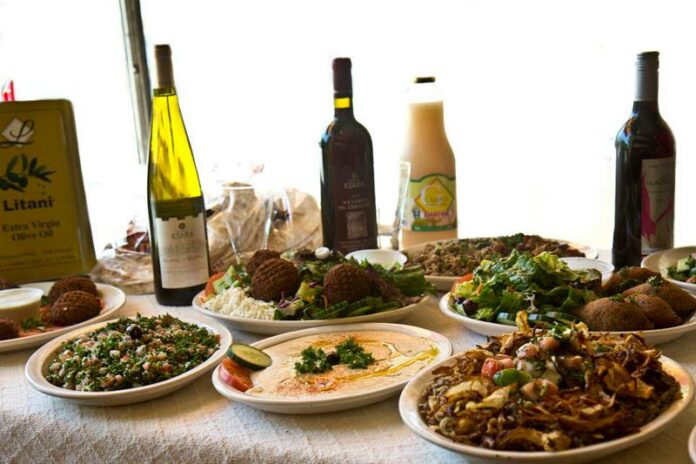 The fast-casual segment of the restaurant business gets ever more diverse and exciting, not to mention popular, evidenced by two new eateries that go way beyond the ubiquitous burgers, burritos and sandwiches.

Aladdin’s is the first South Florida outlet for the Midwest and East Coast chain, founded in 1994 by Fady and Sally Chamoun. Rather than go through all the details myself, here’s a link to a post by my friend and colleague Marie Speed, whose enthusiastic review should be enough to get your tastebuds going.

The Chickpea walks much the same culinary ground, emphasizing organic veggies and legumes and natural, hormone-free meat and poultry. It’s the brainchild of entrepreneur Amange Foad, who saw the need for a light, fresh, healthy and fast dining option for time- and calorie-constrained locals.

The counter-order process is familiar to anyone who’s ever been to Chipotle or its dozens of multiculti imitators. Pick your “base”(pita wrap, bowl or platter), then add your protein (chicken, beef, falafel or hummus) and top it off with one of four different sauces.

There are also a variety of salads, spreads and snacky-type dishes like stuffed grape leaves and pita chips, plus a one-of-a-kind hummus bar featuring traditional and contemporary versions of the classic chickpea puree, from kalamata olive to spicy roasted pepper.

Like Aladdin’s, prices are blessedly modest, with only one item over $10 (a platter that comes with two sides), so while you may feel a lot lighter, your wallet won’t. And that, as Martha Stewart would say, is a good thing.