Festival of the Arts 2015: Your Detailed Event Guide 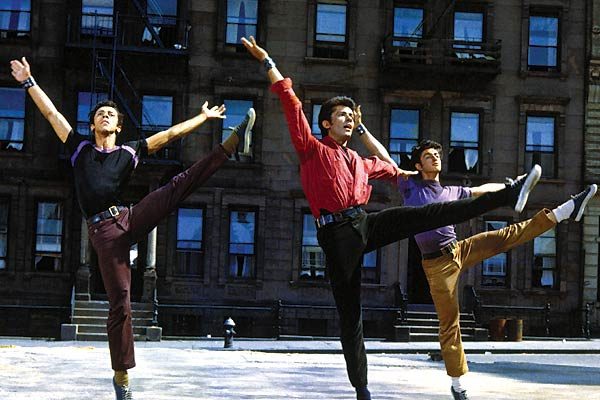 It’s finally here! Festival of the Arts Boca’s ninth installment is full of literary luminaries and classical virtuosi, technology experts and international dancers, Jets and Sharks. Here is our preview.

7:30 p.m. March 6: The Festival is bringing back its live-scored movie nights, by popular demand. This year it’ll be “West Side Story,” Robert Wise and Jerome Robbins’s Oscar-winning adaptation of the great Broadway musical, which made stars out of Natalie Wood and Rita Moreno. The Sharks will vie against the Jets in vivid CinemaScope and Technicolor on the Amphitheater’s massive video screen, as Jayce Ogren conducts the Festival Orchestra through Leonard Bernstein’s iconic music.

7:30 p.m. March 7: Arguably the biggest “name” at next year’s Fest is Bela Fleck, an impossibly eclectic musician who has done more with the banjo that most artists could do with a full orchestra. The acoustic string player has employed his instrument in familiar (bluegrass, folk, country) and less familiar (jazz, pop, classical) environs, and in the process he’s been nominated in more Grammy categories than any other musician, winning 13 of them since 1995. His Festival performance will feature vocals by his wife Abigail Washburn, a formidable Americana musician in her own right, whom he met at a square dance at which he was performing (how awesome is that?).

4 p.m. March 8: In the world of popular publishing, series mysteries and series sci-fi are commonplace, but dramatic literature presented in a series format is less ordinary. This is the approach Pulitzer Prize-winning author Richard Ford has taken, on and off, for that past 28 years, with his novels about Frank Bascombe, a novelist turned sportswriter turned realtor who is navigating the reality of aging. Like Ford himself, his protagonist is nearing his seventh decade, and he is more candid than ever in Ford’s latest installment, Let Me Be Frank With You. Ford will discuss the book, which finds Frank dealing with a spate of issues in the wake of Hurricane Sandy.

7:30 p.m. March 8: We love to see that the Festival is continuing to cater to lovers of dance, even though its founders have admitted it isn’t the best moneymaker. Perhaps next year’s stellar dance troupe, the Stars of the International Ballet, will have enough jetes and plies to turn this tradition around. Ten dancers from leading international ballet companies will perform in this exclusive program, including Daniel Ulbricht, principal dancer at New York City Ballet; Greta Hodgkinson, principal dancer at National Ballet of Canada; and two estimable guest artists, Adiarys Almeida and Joseph Gatti.

7 p.m. March 9: We may not have found a cure for cancer yet, but if and when we do, don’t be surprised if Siddhartha Mukherjee will be its discoverer. A hematologist, oncologist and assistant professor of medicine at Columbia University, Mukherjee is a peerless physician with impeccable credentials, and he’s devoted his life’s work to eliminating the scourge of cancer. His work on the behavior of stem cells and cancer cells has led to a couple of ongoing clinical trials, but his most important contribution to date is his 2010 book The Emperor of All Maladies: A Biography of Cancer, which won a Pulitzer Prize, plaudits from Oprah Winfrey, and—get this—an inclusion on Time’s 100 most influential English-language books published since 1923.

7 p.m. March 10: There are enough voices in the doom-laden commentariat who insists that technology is making us dumber, more compliant, more distracted, less creative: Shakespeare could never have gotten his thoughts across in 140 characters, right? In this respect, Clive Thompson is an outlier: He believes technology is making us smarter, and he has plenty of empirical data, historical precedents and groundbreaking ideas to convince us. This Canadian native, Wired and New York Times contributor, and author of Smarter Than You Think: How Technology is Changing Our Minds for the Better will lecture on his radical optimism about the state of technology today and tomorrow.

7 p.m. March 11: Terrorism, climate change, politics and America’s stature in the world are all part of Thomas Friedman’s copious bailiwick. The insightful, twice-weekly New York Times columnist, who has thrice captured a Pulitzer Prize, is an outspoken advocate of “radical centrism,” a political stance that has, unsurprisingly, earned him enemies on both wings—which is usually a sign that he’s doing something right. His books The World is Flat and Hot, Flat and Crowded have elevated national debates about globalization and energy policy, and his latest book, which doubles as his topic for his Festival lecture, is That Used to be Us, an account of U.S. global decline and the possibilities for the nation’s comeback.

7 p.m. March 12: Michael Grunwald, a journalist for Politico and a senior national correspondent at Time, is one South Florida’s most astute journalists. He’s also hard to pin down politically, defending President Obama’s efforts at handling the global economic crisis (while criticizing obstructionist Republicans), while taking a more right-leaning stance regarding secrecy and drone strikes. But his Festival lecture, “Saving Paradise,” will address a topic most Floridians can get behind: the preservation of the Everglades.

7:30 p.m. March 13: Even if you’re familiar with such Mozart compositions as the Violin Concerto in G major, the Piano Concerto in C major, and the Flute Concerto in D major, you’ll want to attend this evening’s Mozart Gala, to hear these iconic pieces performed by some of the classical world’s brightest luminaries. James Galway, aka the “Man With the Golden Flute,” has performed his woodwind for everyone from Roger Waters to director Peter Jackson (for the “Lord of the Rings” soundtrack), selling more than 30 million copies in his storied career; pianist Conrad Tao is just 20, but he is already an old musical soul, having won eight consecutive ASCAP Young Composer awards and having achieved distinction as a U.S. Presidential Scholar of the Arts; andArnaud Sussman, a French-born violinist, spent two years as Itzhak Perlman’s teaching assistant, and has since performed at venues ranging from Lincoln Center to the Louvre. Expect to hear a collection of seasonal St. Paddy’s Day music in addition to the Mozart celebration.

4 p.m. March 14: Yet another esteemed Pulitzer Prize winner, Lucinda Frankshas penned features for The New Yorker and The Atlantic and is a former staff writer for The New York Times. She was also a radical during a time when it fairly dangerous to be a radical; in 1964, she helped found a chapter of the Students for a Democratic Society, and she won her Pulitzer years later thanks to a sympathetic portrait of the death of a Weathermen activist. She would make an unlikely bride to the much older, high-powered prosecutor Robert Morgenthau, a 37-year marriage she chronicles in her latest memoir, Timeless. The book has been praised for its novelistic style, uncomfortably intimate candor and eye-opening revelations.

7:30 p.m. March 14: Some 26 years ago, Francisco J. Nunez launched the Young People’s Chorus of New York City, a multicultural hub for youth singers to reach their potentials, and its stature continues to grow. Its choristers have performed in Carnegie Hall and the White House; have sung in languages ranging from French and Russian to Czech, Swahili and Inuit; and have sung in genres spanning a spectrum of classical, world music, gospel, folk and pop. In what should be a special event, the chorus will perform a program of contemporary songs in the first half of the program, and will return in the second half to perform Beethoven’s 9th symphony with help from the Master Chorale of South Florida, the Festival Orchestra Boca, soloists and conductor Constantine Kitsopoulous.

4 p.m. March 15: Peabody Award winner and classical-music radio host Martin Goldsmith has suffered a soberingly close relationship with Nazi Germany. His parents, Gunther and Rosemarie, were a flutist and violinist, respectively, in his native Germany. From 1933, they played in the Judischer Kuturbund, an all-Jewish orchestra maintained by the Nazis, an experience Goldsmith documented in his first book, The Inexhaustible Symphony. His second book,The Beatles Come to America, proved a respite from tragedy, but this year he has re-explored Nazi history with Alex’s Wake, his account of a luxury liner containing 900 Jewish refugees that was forced back to Europe in 1939.