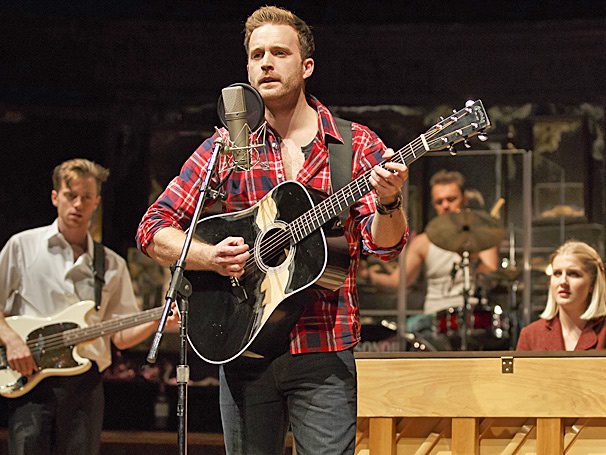 It’s customary for theater companies to wait until at least May, if not the summer, to announce their slate of productions for the following season. But a handful of South Florida companies and tour facilitators have already announced their selections for the next cultural year—and it just so happens that most of them are musicals.

We’ll preview our most anticipated plays over the summer, but for now, mark your calendars for these five don’t-miss musicals of the 2015-2016 theater season.

This adaptation of the Irish film “Once,” about two people who fall in love while pursuing a dream of making music together, went on to win Best Musical at the 2012 Tonys. Its creators built additional tunes and a theatrical structure around the terrific songs originally written by the movie’s actors, Glen Hansard and Marketa Irglova of The Swell Season.

A motherless child who eschews boxing for ballet, breaking with tradition while coal miners in Northeastern England likewise challenge the status quo by striking in County Durham. An inspirational story and a socially conscious pulse will hopefully carry the South Florida regional theater premiere of this award-winning musical, with tunes by Elton John.

This offbeat rock musical takes its inspiration from an unlikely source: the ultraviolent 1984 B-movie “The Toxic Avenger,” about a bullied janitor who falls into a drum of toxic waste and becomes a disfigured, mop-wielding superhero. The only thing this demented franchise has been lacking is singing and dancing—until now.

The creators of “Legally Blonde: The Musical” and “Reefer Madness” collaborated on this 2014 adaptation of “Heathers,” the ahead-of-its-time cult satire about the dangers of high school cliques. A cast of nearly 20—playing parts such as “Young Republicanette” and “Beleaguered Geek”—makes “Heathers” one of Slow Burn’s most ambitious productions to date.

Contrary to common perception, there are still musicals being produced that aren’t based on movies. Matilda owes its origins to the Roald Dahl novel about a titular, imaginative 5-year-old who changes the lives of those around her while overcoming obstacles. The controversial humorist Tim Minchin reined himself in to provide the music and lyrics, and in 2012, the show went on to break the records for most Olivier Awards won in its native England.