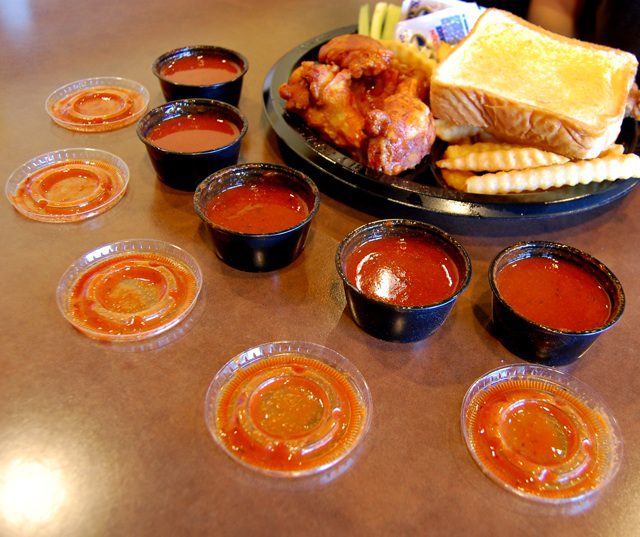 If you’re hungry for an alternative to Colonel Bucket for your fried chicken fix, keep your eyes on Okeechobee Boulevard at the Florida Turnpike in West Palm.

Sometime later this month should see the South Florida debut of Zaxby’s, a Georgia-based purveyor of deep-fried clucker in various guises. It’s the first of several Zaxby’s set to open in our little corner of paradise in the next few years, adding to eateries in more than a dozen Southern and Midwestern states.

Another entrant in the “fast casual” market segment that’s growing like kudzu, Zaxby’s features fried wings and fingers served with a variety of sauces, set atop salads and stuffed into sandwiches. There are also a handful of grilled and blackened chicken dishes, as well as fried starters like onion rings and chips and cookies and brownies for dessert.