From the Magazine: History Alive!

The stories behind Boca Raton’s past are on display in an unprecedented collection of memorabilia and exhibits that have visitors singing their praises ever since doors of the renovated 1927 Historical Society building opened in November 2021. Nearly three years in the making, the $2.9 million passion project was spearheaded by Boca Raton Historical Society Director Mary Csar; Curator/Archivist Susan Gillis; Education Director Laurie-Lynn Jones; and the trustees and local benefactors who remained steadfast in seeing their creation come to life despite multiple installation and renovation delays during the COVID-19 pandemic.

“We are grateful that the city supported us,” says Csar. “We needed updated facilities for the museum and town hall, and the timing could not have been more perfect.”

“This has been a dream-come-true project for us, to really see Boca Raton’s beginnings through its evolution,” says Gillis. “We like to think of ourselves as time travelers!”

The museum reopened under its new name—the Schmidt Boca Raton History Museum—thanks to a $1 million donation from the Schmidt Family Foundation, led by Barbara and Dick Schmidt. “This donation—one of the largest in the Museum’s nearly 50-year history—will underwrite a significant portion of our ongoing re-imagination, redesign and renovation,” says Csar. “The Schmidt Family Foundation has been a longtime generous supporter of this museum going all the way back to Boca Raton’s original downtown redevelopment plan in the 1980s.”

Csar says that although historic Town Hall has been home to the museum since then, space has been limited and exhibitions have been “temporary and largely two-dimensional.”

Not any longer. The dynamic redesign of the new museum allows for both permanent and changing exhibitions that will appeal to families, students and research buffs of all ages.

The five exhibits named Timeline, Pioneer Days, Addison Mizner, World War II and IBM each chronicle meticulously curated stories that Csar, Gillis and Jones set out to tell of the people and events that propelled the evolution of seminal periods and innovations in Boca Raton’s history, growth and development from a small farming town to the dynamic, internationally known city it is today.

The new permanent galleries include:

This wall-mounted installation begins with the earliest pre-Columbian inhabitants up to the 21st century, and features static and interactive elements extending the length of the museum.

This room features the museum’s important collection of Mizner Industries, including actual furniture and architectural drawings. Mizner’s ambitious vision was to create the western world’s greatest dream city with all the charms of an ancient Spanish city with American amenities: mansions, villas, Spanish-style shopping centers, golf courses, beaches, airport, even an Olympic stadium. But his dream was never realized, or certainly not in the way he imagined.

The California-born architect is also credited with creating the “Palm Beach” style. While designing houses on Long Island he befriended Paris Singer, son of wealthy American inventor Isaac Singer, and together they shared an interest in art and architecture. Singer commissioned Mizner to design a hospital on Palm Beach for returning WWI vets and created a beautiful Mediterranean palace. Society mavens gravitated to his style and vision, which thus became the Palm Beach style we see today. But the war ended and, instead, the palace became the very exclusive Everglades Club. The great Miami storm of 1926 dealt Mizner the final blow as South Florida sank into a Great Depression years ahead of the rest of the nation.

By 1927 Mizner’s ambitious Boca Raton project was bankrupt. Although his association with Boca Raton was brief, his impact and distinctive style was ever lasting, despite not coming to fruition in the timeline he imagined. The Cloister Inn (now The Boca Raton), several administration buildings (Addison’s), 29 homes in Old Floresta and 10 houses in Spanish Village are the survivors of Mizner Development Corp.

“His distinct vision not only created Boca Raton’s unique style, but it was a template that influenced others even though he left here a broken man,” says Csar. “Despite his short-lived time here, his influence was profound and long lasting.”

This room is now home to the pioneer-era exhibit story, which begins in 1895 with the arrival of the Florida East Coast Railway. For several decades, the town was a small farming community growing tomatoes, pineapples, citrus, peppers, beans and many varieties of vegetables and fruits.

“The different rooms represent the collections that we have and relate to our ability to tell the story,” explains Gillis. “Being the curator, I especially wanted to tell the story of the pioneer era, because this is a story of everyone in South Florida, and there are very few places where you can actually see this depicted this way.”

The room will also serve as a classroom for school-age visitors.

Thomas Rickards memorabilia: A surveyor and grower, Rickards platted Boca Raton for the railroad in 1896 and is considered the city’s founding father. “We are blessed to have his pocket watch, wooden filing cabinet, walking cane and survey ledger from 1899, with a 1904 entry showing plans for a Japanese colony before Yamato was officially established the following year,” says Gillis. “Early Boca Raton was home to three communities: the Japanese Yamato colony, the African-American community in Pearl City, and the white community. An interactive map and photos show this interesting past. We even have desks that were rescued from what was the Boca Raton Negro School from the days of segregation.”

Packing house mural: The mural on the west side of the room depicts a packing house showing buildings next to the railroad where locals packed tomatoes, pineapples, etc. for shipment to northern markets.

Frank Chesebro’s diaries: Chesebro arrived in 1903 from Michigan and kept a daily diary until 1936, when he died. “The diaries represent a true time machine of Boca Raton’s past,” says Gillis. “Here you can read part of his 1906 diary ‘virtually’ in a vitrine [display case] on the west wall.” Other pioneers came from New York, Vermont, Alabama, North Florida and even Scotland.

Lillian Race Williams’ kerosene stove: This stove was used by the owner of Singing Pines (the Children’s Museum), which is the second-oldest existing house in town. “She cooked on this little stove for nearly 20 people and even boarded women in that tiny house during the war,” remarks Csar. “Can you imagine?”

This exhibit commemorates Boca Raton as the birthplace of the IBM personal computer after the company came to Boca Raton in the late 1960s to build the IBM System 360 Model 20 small mainframe computer.

It was hurriedly created by a team of engineers known as the “dirty dozen” in a record 11 months using open-source architecture, meaning its elements came from a variety of sources: The computer used IBM parts but also Intel processors and, famously, an operating system created by a young man named Bill Gates. “Gates reportedly had to buy a tie before meeting with the IBM team,” notes Gillis.

The PC was expected to sell hundreds. Despite its multi-thousand-dollar price tag, it sold millions, and quite literally changed the world. Today, all personal computers are descendants of this early PC. Its open-source architecture revolutionized the computer world by allowing companies other than IBM to create compatible software and hardware. Not only did that make the PC more widely affordable and accessible; it allowed it to compete successfully with its major rival, Apple.

Home to one of the largest military installations in Florida from 1942 to 1947, the Boca Raton Army Air Field contained as many as 100,000 men and women who were stationed in a town of 750 residents.

The newly refurbished Town Hall also features a redesigned research library that houses the museum’s extensive archival collections and workstations for research patrons; the old city council chambers room, redone and updated, which will serve as a meeting room, lecture hall and showcase for temporary exhibits; a lobby with monitors where visitors can preview museum events; and a visitor information center and small gift shop that hosts many unusual ‘Boca-centric’ gifts to commemorate the visitor experience.

The museum is in Historic Town Hall at 71 N. Federal Highway in downtown Boca Raton. For more information, admission fee and hours, call 561/395-6766 or visit bocahistory.org. 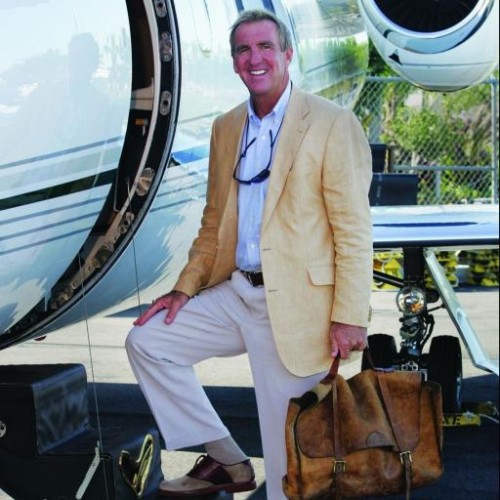