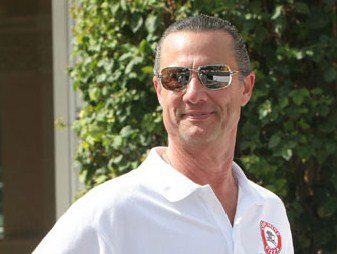 Gary Rack, who has quietly become one of the major players in the NoSoFlo restaurant scene, has added another block to his burgeoning empire with the takeover of Linda Bean’s Perfect Maine Lobster, which just happens to be next door to his hugely popular Racks Fish House & Oyster Bar, just off Atlantic Avenue in downtown Delray.

Not a whole lot of details at this point, but word is that the former Linda Bean’s—the pricey lobster shack developed by the heiress to the L.L. Bean fortune—will not be absorbed into the Fish House but will instead be an entirely different concept. What that concept is. . . well, at this time nobody’s saying. It will, however, be run by the existing Racks management team, which means another challenge for top toque Matt Danaher, who like his boss, has quietly moved into the upper echelon of the local culinary scene.

Opening date of (fill in the blank) is slated for summer or fall of this year. I’m expecting more info shortly, and will update this post as soon as it arrives.

UPDATE: Here’s a few more details on the new Gary Rack project. It won’t be an extension of the next-door Fish House, instead will be “an entirely different concept,” one not replicated by any other restaurants on Atlantic Avenue nor by any of Rack’s other properties. The space will be completely renovated, with the operative word in the overall concept being “nostalgia.” New-fashioned American comfort food? Nouveau Continental? I have no idea. So let the guessing begin. . .