Grisham Out of the Courtroom, Crafty Caracaras and More: New Book Picks 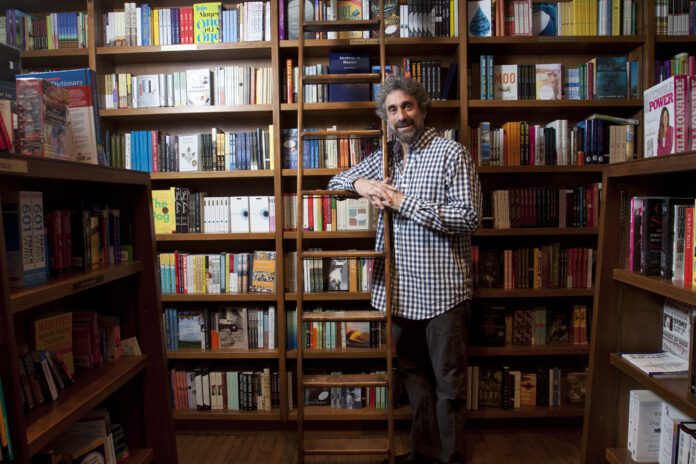 In Miami bookseller Mitch Kaplan’s latest recommendations, we learn about a courtroom scribe’s surprising hoop dreams, a crafty bird that beguiled Darwin, some of a legendary journalist/novelist’s most impactful decades, and more—all of which are available at Books & Books by clicking on the below links.

Even a legal mind as astute and varied as John Grisham’s must get tired, after nearly three dozen books, of sentences like, “Your honor, may I approach the bench?” No such courtroom dramas ensue in this departure for the prolific author, which focuses on a South Sudanese basketball prospect who ascends from shooting hoops on dirt floors in his native country to performing in front of college scouts in Orlando. But his chase for the American dream has tradeoffs, as a civil war, raging back in South Sudan, has tragic consequences for his village and his family. Expect Grisham’s crackling, page-turning prose to carry over into this relatively uncharted territory of geopolitics and high-stakes athletics.

Whereabouts: A novel by Jhumpa Lahiri

An Indian American born in London and now writing in Italian, Pulitzer Prize winner Jhumpa Lahiri is clearly an author of worldly reach and consequence, speaking to a universal human condition. In Whereabouts, Lahiri’s first novel in eight years, that condition appears to be loneliness, a kind of existential ennui bordering on depression. We follow her unnamed protagonist, referred to simply as “Signora,” over the course of a year, from her daily lunches at a trattoria to her twice-weekly dips in a public pool to her twice-monthly visits to see her mother in a more rural part of Italy. The chapters are short, the plot seemingly directionless, and the readership a patient sort: NPR’s rave called Whereabouts “the literary equivalent of slow cooking,” which, as chefs know, can yield the most satisfying cuisine.

A Most Remarkable Creature by Jonathan Meiburg

Anyone who has listened to the nature-centric lyrics of Austin, Texas indie-rock band Shearwater won’t be surprised that its frontman, Jonathan Meiburg, is a birder. And, now, more than a birder: He is the author of A Most Remarkable Creature, his study of the caracara, a playful and inquisitive South American bird of prey, from the same lineage as the peregrine falcon, that has been beguiling naturalists and ornithologists for centuries. Darwin reported that this fascinating bird stole some of his personal belongings from the Beagle, and similar stories of its intellectual adaptability to humans continue from Meiburg’s personal experience. Writing a book that is equal parts science writing, travelogue and biography, the author-musician challenges us to think of birds like the caracara not a lesser species but as a different breed of intelligence—one we humans can learn from.

Whether you are revisiting Didion or discovering her authoritative journalistic prose for the first time, this newly reissued collection from the Library of America (LoA) is well worth its $40 price tag. Following 2019’s first LoA collection, which drew from Didion’s masterpieces of the ‘60s and ‘70s, The 1980s and 1990s includes two novels and three essay collections that typified some of these tumultuous decade’s most impactful places and stories. Salvador offers an unforgettable account of the Central American civil war of the early ‘80s; Miami is Didion’s reportage on the cocaine trade, political violence and immigration issues that defined the titular metropolis; and After Henry reflects on the city of Los Angeles and adjacent subjects from Nancy Reagan to Patty Hearst. With such rich journalism to dive into, the accompanying novels Democracy and The Last Thing He Wanted are the icing on a great layer cake of literature.