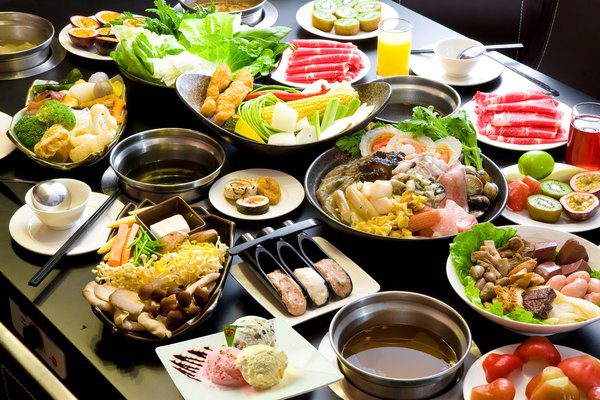 Sushi bars are as common in these parts as steakhouses, which is to say as common as dirt. Taiwanese hot pot eateries? Eh, not so much.

So Asian food lovers in the mood for something different likely won’t mourn the passing at the end of last year of Jidai Kaiten Sushi in West Boca, despite the restaurant’s somewhat novel (for our little town, at least) sushi-on-a-conveyor belt setup. In its place now is Lemon Grass Hot Pot (21073 Powerline Road, 561/609-2200), a DIY hot pot eatery that lets you cook your own meal at your table in individual hot pots full of bubbling broth.

Jidai Kaiten’s old triangular conveyor belt is still there, though now it holds pots full of fresh veggies you can add to proteins held in covered coolers. There’s beef and lamb and pork, assorted fish and shellfish, and a half-dozen different broths to choose from. Cost is $25 a person, all you can eat.

The place itself is pretty slick, all black and white and red and gray, dominated by the giant conveyor belt in the center of the room. It’s an interesting concept; we’ll see if it has legs. . .