How TEDx came to Boca Raton 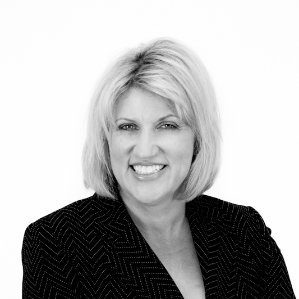 Two and a half years ago, Becky Woodbridge received a link to Brené Brown’s “The Power of Vulnerability.” It was the first TED talk she had ever seen.

“I was blown away by the message and the way she presented,” Woodbridge says.

So she started to watch more.

“The next thing I knew, six hours went by,” she says. “I just sat there for six hours and watched TED talks.”

TED talks are short but moving messages from various speakers, shared during conferences, events, through live simulcast and on the TED website through recorded videos.

TED, which stands for technology, entertainment and design, is a nonprofit organization built as a platform for “ideas worth spreading.” Those ideas are shared through TED talks, which have no boundaries when it comes to topics.

As someone who loves to grow and learn from other people, Woodbridge was drawn to TED talks, so much so that she wanted to share her own ideas. After scoping out the website and some research, she found out that she could bring TED to the community through TEDx.

TEDx events are locally run conferences, born so that communities could create events like the official TED conferences, bringing together speakers and community members. She first applied for the license for TEDx when she lived in Delray Beach, not really expecting to get it. But she did – and she single-handedly ran the events in Delray for the past two years.

Now that she lives in Boca, she’s bringing the event here. Despite working three other jobs as a speaker, event organizer and flight attendant, her goal is to never just leave the event.

She said people often ask her why she does it when it doesn’t even pay. She tells them it’s because she fully believes in the cause. She credits the work of her “very generous” volunteers who all fulfill specific roles that makes the event successful.

Her goal? To make people think.

TEDx Boca Raton, which will be held at FAU on May 9, will be the first TEDx Boca Raton event. For a full list of speakers, click here.