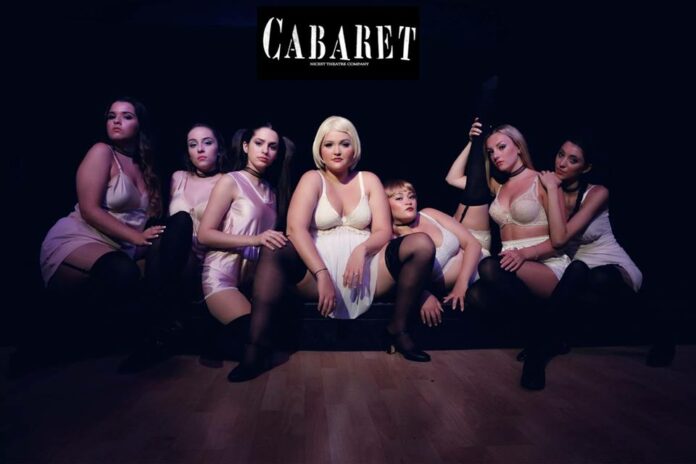 Boca Raton has a new community theater troupe, and it’s the “nicest” one yet. The Nicest Theatre Company—which actually derives its name from a portmanteau of its three founders’ first names, Nick Rapuano, Celine Boccia and Stephanie Suau—will launch the first show of its 2014-2015 season, “Cabaret,” this Friday at Showtime Performing Arts Theater in Boca Raton.

Fellow graduates of Pope John Paul II high school, the company’s cofounders will wear numerous hats for this inaugural production, with Rapuano directing and Boccia and Suau starring in the show and overseeing the music, choreography and set design. The cast of 14 includes at least one notable twist from the “Cabaret” norm; Boccia, who plays the co-lead Sally Bowles in the musical, discusses this and other aspects of Boca’s newest—and Nicest—theater company.

What made you decide to start this company?

[Nick, Stephanie and I] been friends for a really long time, starting from our early years of theater together. We wanted to do something that could bring people together, friends and people we don’t even know, and do something on our own. So we did. We decided we wanted to do one show, but then it led into more than one show. We wanted to start our own season, and from there we decided to start our own company. It grew a lot quicker than we thought it would.

Did it take a while to find a performance space for your company?

Not all, because Nick works with Showtime Performing Arts Theater. The owner there, Marilyn Perry, knew about us wanting to start a company and move forward, so she had offered the space to be our own. We said, ‘Absolutely, it would be an amazing opportunity.’ We’ve been working with her, and she’s helping us produce our production right now.

Do you have a vision for the identity you want your company to have, and are there any professional companies that you look to for inspiration in that regard?

There are. We try to keep a close relationship with other theater companies. I think that supporting other companies is a great way for them to support us as well. In the end, we’re all in this together, everybody who does theater. I have a really good friend, [education programming coordinator] Ricky Nahas at Lake Worth Playhouse. He’s been a good inspiration, and somebody I would look up to.

We just wanted to bring a lot of people together who maybe haven’t done this in a while, or maybe somebody who hasn’t found their niche yet. We have a lot of people in our show now who haven’t touched on theater before, and it’s something they found they really love. It’s cool watching different types of people evolve over such a short period.

Does wearing so many different hats, on and offstage, give you more control over the overall process, or do you feel you’re not giving the acting enough attention? How do you find the balance?

I find that my whole life I’ve tended to do a lot. I always liked to do more than the average person. Acting is totally my passion, but I also love the little things that go into it, and what makes the whole show. We have a great costume and props team with us right now, and our director is phenomenal. The support from other people doesn’t make it feel like hard work.

Your first show is a classic, but it’s also not a safe and fluffy warhorse. It’s more along the lines of dramatic and profound musical theater. Is that indicative of the direction that you want to take with this company?

We want to touch on everything as far as adult theater. We plan, with our season, on doing a lot of contrasts. [“Cabaret”] shows every aspect. It shows a little bit of darkness and depth in it, but for future shows we want to do light and fun good-hearted shows, and then maybe something else a little darker.

Do you plan on doing straight plays as well?

Right now we plan on being strictly a musical theater company, and then hopefully when we grow a little bit, we’ll expand into straight plays.

Your press release mentions that this will be a cutting-edge rendition of “Cabaret.” In what ways is it different from other versions people might have seen?

To start off, our emcee is played by Martina Mehta—she is a female. That’s a different touch. And she has been absolutely phenomenal. We planned on the emcee being a male role, and then we had her come out for her audition, and she blew us all away. She has researched the character so much, and has put such an amazing twist on it, that I think it’s going to be refreshing for the audience to see that not only a male can play that role.

Our age range is really cool as well; we have everybody from age 17 to 35. You’ll get a really nice mix of different ages in our production. We like to open it up to the community and see what our community has to offer for us.

Can you reveal any of the other titles coming up this season?

We’re not 100 percent sure yet, because we haven’t purchased rights. But once we have, they’ll be up on our website ready to go.