It’s Not the Heat, It’s the Pizza 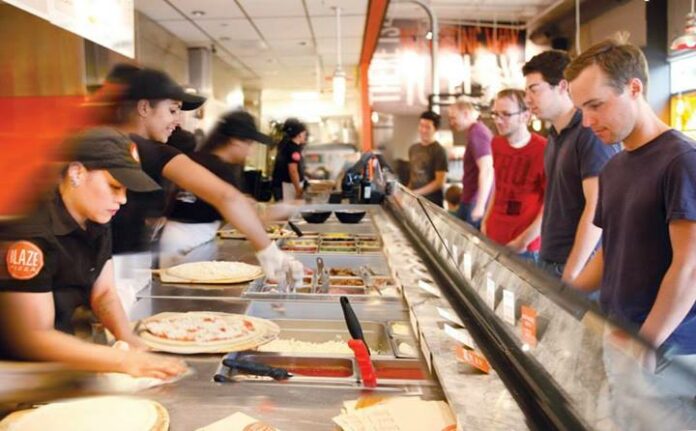 We know he can dunk the basketball, and swat opposing players’ jumpshots away like buzzing gnats. But can LeBron James make a really good pizza?

We’re about to find out.

Okay, so the Chosen One won’t really be slaving away in a hot kitchen, building pies for hungry South Floridians. But he is an investor in a group that will be bringing a trio of Blaze Pizza joints to our little corner of paradise.

The California-based company, known for its build-it-yourself artisanal pies cooking over a blazing flame in a blazingly fast three minutes, will open a pair of local Blazes sometime this fall, one in Fort Lauderdale, the other in Boca’s Fifth Avenue Shops on North Fed. A third Blaze set for Davie is slated to debut in early 2015.

The concept is similar to Chipotle and other “fast casual” semi-gourmet eateries, with “pizzasmiths” working an assembly line to build your pie and send it off to the fiery hot ovens faster than you can say, “Hold the anchovies.”

Along with signature pies like a classic sausage, tomato sauce and mozzarella and pesto with grilled chicken and arugula, pizzaphiles can also choose from ingredients ranging from meatballs, sausage and bacon to artichokes, kalamata olives and pineapple. Seven different cheeses are also offered, as are sauces from red to white to pesto to barbecue.