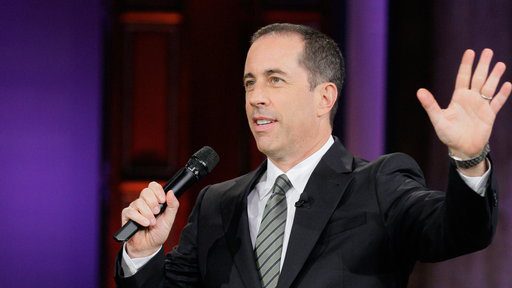 Seeing Jerry Seinfeld’s standup routine for the first time in about a decade last night, I realized that the long-running joke that “Seinfeld” was “a show about nothing” can just as easily apply to its namesake’s material, which might be called “comedy about nothing.” In fact, it’s traveled so far out into a realm of nothingness that it’s downright existential.

Who else but Seinfeld can ponder for 10 minutes on the art of sitting in chairs, and man’s evolutionary design to do so? Or ruminate for another 10 minutes on coffee, eventually positing that we are coffee, and later that we are our smart phones. The first 15 minutes of his act was a self-reflexive riff on the act of buying tickets to see him, choosing friends with whom to attend, picking seats and finally reaching the final destination of Hard Rock Live on Jan. 31, 2014. Seinfeld must spend hours, days, weeks, months pondering the minutiae the rest of us take for granted, or else we wouldn’t be able to function in our daily lives.

Indeed, his act has grown headier, more abstract and more abstruse as the years have gone by. Buried among last night’s material were cogent points about our overreliance on technology, the global decline of person-to-person communication, and the deliberate seduction of unhealthy food, not to mention a hilariously withering critique of the U.S. postal service.

And his act has grown a lot funnier, so funny that you’ll find yourself missing his next quip because you’re still reeling over the last one. The show’s highlight was a riff built on the premise that “everything in our homes exists in a different stage of being garbage,” a brilliant and spot-on study of human consumption and behavior that hearkens back to George Carlin’s famous “a place for my stuff” routine from 1981.

That said, not every second of Seinfeld’s 65-minute routine was ‘A’ material; his bit about automatic faucets hasn’t changed much in 20 years, his material about movie-theater policies sounded tone-deaf in the era of the luxury cinema, and his bits about children and gender differences, while amusing and relatable, represent ground plowed often enough by countless other comics. But for the most part, this was, and is, Jerry Seinfeld fumbling through nooks and crannies of profundity in 21st century life and, perhaps more than ever, we’re going along with him the whole time, nodding through our laughs.