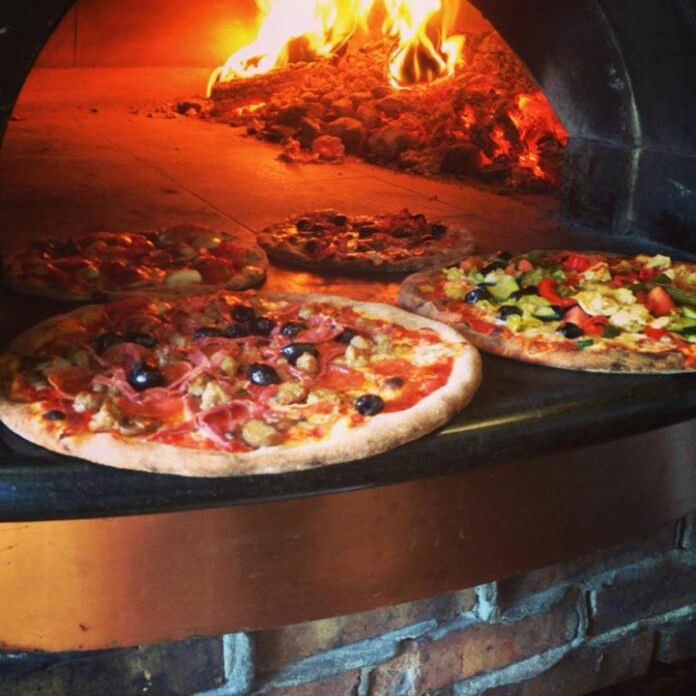 It’s the second restaurant for chef-owner Luigi DiMeo, whose original Fort Lauderdale pizza joint earned plaudits for its authentically Neapolitan pies, made (mostly) in accordance with the rules of Italy’s pizza police, aka, the  Associazione Verace Pizza Napoletana.

The Delray Luigi’s also sets up a Neapolitan pizza battle with down-street neighbor, Scuola Vecchia, whose sleekly contemporary blue-and-white decor stands in marked contrast to the clubby-pubby look of Luigi’s. (Gotta love that barrel ceiling and long wooden bar, though.)

Pizzas range from traditional Margherita (and, no, you can’t have it your way) to broccoli rabe-sausage and truffle-wild mushroom. You can also DIY your pie, as well as chow down on a variety of panini, fried calamari, spaghetti ‘n’ meatballs, eggplant Parm and chicken wings roasted in the coal-fired oven. There’s a pretty strong wine list too, focusing on Italian bottles but with enough variety to suit even the pickiest oenophile.