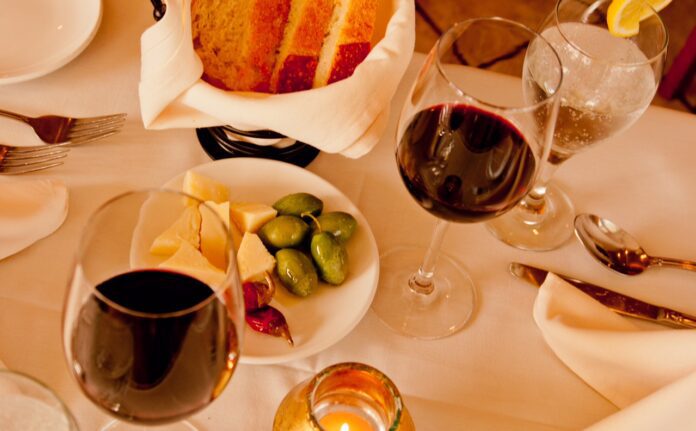 “Merlino,” in this case, is Joseph “Skinny Joey” Merlino, in the 1990s reputed to be head of the Philadelphia mob, now on parole and living in Boca Raton. Though the restaurant bears his name, Merlino is said to only be the host or maitre ‘d, hired by the eatery’s local investors.

In any event, Merlino’s promises to meld Merlino family recipes with “contemporary South Philadelphia flair,” plus an inventive cocktails program directed by manager-mixologist Lee Hoechstetter. Chef is Angelo Morinelli, whose Cucina D’Angelo in the Shops at Boca Center was for years one of the area’s premier Italian restaurants.

The extensive menu is full of familiar dishes given a twist, like clams baked with shrimp and crabmeat and napped with bechamel cream sauce, pear-stuffed fiocchi with four-cheese sauce and scampi-style jumbo shrimp with thyme. Of course, there are plenty of familiar dishes too, from fried calamari and spaghetti carbonara to chicken cacciatore and a 14-ounce grilled veal chop, which hopefully is as juicy as the story behind Merlino’s