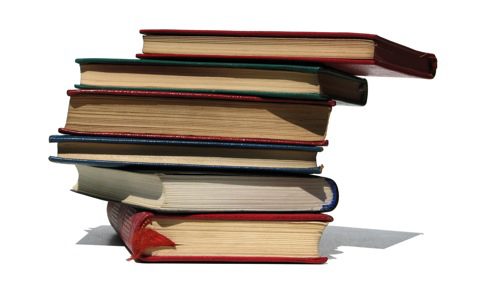 The book opens on New Year’s Day, 1975, in England where our first main protagonist, Archie Jones, has decided to commit suicide in lieu of dealing with his crazy ex-wife and her family. The novel then begins to detail the lives of Jones and his friend Samad Iqbal, both who met as soldiers in World War II, as well as the lives of their respective wives and children. White Teeth is made up of multiple narrators and jumps back and forth in time.

The complications and confusion that come from being of mixed race as well as the concept of immigration, class, and racial “purity” in the 20th century makes this an ideal read for anyone living in a culturally diverse area, like South Florida. While the novel takes place in England, the characters’ struggles are close to home; I’m sure many people here can relate to what they’re going through. White Teeth is a long and densely written novel but it’s all done with humor and wit—making it a perfect companion for the beach or for a long road trip.

“Saturday Night Live” (SNL)  has given many comedic actors and writers a stage, while giving the public sidesplitting laughs. As one of SNL’s most famous alum, Tina Fey has come forth with an autobiographical debut that is nothing short of comedic genius. Bossy Pants catalogues her life from the start, from how she got the facial scar we can still see today through her pathetically hilarious days in college to finally revealing how she got to be on “SNL”and the beloved “30 Rock.” It’s a great diversion for those hot days when you are housebound in the A/C or when you need some entertainment on the plane ride. Fey’s wit and humor will easily let you devour this 227-page memoir and leave you wanting more, or at least make you want to watch (or rewatch) everySNL and 30 Rock episode.

3. The Fault in Our Stars by John Green

While released in 2010, The Fault in Our Stars has increased in popularity within the last couple of months, due to the summer film released two weeks ago. The book is about a girl, Hazel Grace Lancaster, who has been diagnosed with cancer and is reluctant to meet new people because she isn’t fond of being treated differently because of her cancer. However, she meets a boy, Augustus Waters, at a cancer support group and her whole life changes. These two characters are pretty cynical, witty and a little weird, but it’s refreshing to read a book that celebrates these specific characters for their strong personalities versus their failing health. It’s what makes us root for these two and hope for our own Hazel Grace/Augustus relationship. Don’t get me wrong, this is the saddest book on the list; I read it on a train ride and tried extremely hard to mute my sobs. But it’s a good book that explores young love and, as clichéas it sounds, living your life to the fullest.

If you have already read this, go watch the movie and relive the pain. If you haven’t read this, read it. Read it because I told you so, or because the movie is out (and you should always read the book first) or because you saw the movie and want to see how the book compares. Or because the author wrote this book for his friend Esther Earl, who passed away from thyroid cancer at the tender age of sixteen. I also recommend that you keep a box of tissues nearby for the water works.

4. The Giver by Lois Lowry

The Giver is about a boy, Jonas, who lives in a utopian world where everyone is happy because their society has converted everyone to “sameness,” a strict, brainwashing plan that has gradually allowed everyone to never feel pain or any kind of negative emotion again. During his twelfth year, Jonas receives the news that he will be “Receiver of Memory”and will be the only person in his society that will have any memory of the world before “sameness.”As the novel progresses, Jonas learns more about the previous world and realizes how shallow everyone’s life has become. Ultimately, he must decide to just roll with the punches, so to speak, or run away and live a life of his own.

The Giver is a classic; the first time I read it was in the seventh grade and it has been a favorite ever since. It is a short read but with each passing year, its central plot seems to parallel more with our American society, which believes there is a pill for everything. While it is meant for a younger audience, the book holds up well for older readers; it’s light, isn’t difficult to understand and a good introduction to utopian/dystopian novels. Plus, the movie comes out on August 15th; you have time to read it before then.

5. Tuesdays with Morrie by Mitch Albom

This is another memoir on the list; however, it isn’t designed to make you laugh out loud. The book catalogues conversations between Mitch Albom and his sociology professor from college, Morrie Schwartz, while Schwartz was dying from Amyotrophic Lateral Sclerosis (ALS). They hadn’t talked or seen each other in 16 years but once Albom reached out to Schwartz, he was immediately drawn to him and decided to make the trip from Michigan to Massachusetts every Tuesday. Albom recorded his conversations with Schwartz as they talked about love, happiness, and other major events in each other’s lives.

It is a sweet book with an inevitable unhappy ending but I still suggest you read it. It will make you realize how important communication is and how beautiful human interaction is. Needless to say, I cried at the end. Maybe you will, maybe you won’t but I’m almost certain you’ll walk away wanting to call someone important whom you haven’t spoken to in awhile. So read this, then call him or her.

Michelle Ferrand is a junior at Florida Atlantic University studying English Literature, Sociology and Women’s Studies, who is interning at Boca Raton magazine this summer. Disappointed with the lack of magic in the real world, she prefers to be curled up reading a good book or binge watching television shows on Netflix. She prefers an actual book to an e-reader and no, she doesn’t want to be a teacher. You can reach Michelle at michelle@bocamag.com.