He was a collegiate and pro tennis player. She, a model. Together, Jon Pearlman and Lyuda Bouzinova have created Mission Lean, a sustainable lifestyle program of workouts, meal plans and tips for being lean and healthy. The Boca Raton residents are young—Pearlman is 30 and Bouzinova 32.

But they’ve experienced elite sports training, body image issues and more in their quests to be healthy and fit. In 2019, the pair launched the Mission Lean app available on iTunes, which for $19 a month offers members fat-burning high-intensity interval training (HIIT) workouts, clean-eating plant-based nutrition and more.

Pearlman was playing singles tennis at Harvard when he realized that collegiate strength and conditioning, which often focuses on the needs of football players, doesn’t get the best results for tennis players and other athletes who rely less on force and more on agility, flexibility and quickness.

“I struggled as a young player with fitness, and I was always trying to figure out a formula for how I could get an edge over my opponents,” he says. “That’s when I started to become focused on the lean body fitness approach.”

Today, Pearlman, author of “The Lean Body Manual,” describes his approach as “shorter training but intense.” He says,”You’re raising the heart rate and basically burning fat way after the workout.”

As a model, Russian-born Bouzinova learned different lessons about true fitness. She says her goal as a teen and young woman was to be as thin as possible.

“I always equated being thin with being healthy,” she says. “People were just trying to eat fewer calories and burn as many calories as possible. Eating fewer calories than you need to sustain your body is so unhealthy. When I think about it, I feel so upset with myself that I did this to my body.”

Her goal has gone from thin to healthy lean. “Yes, you’re probably going to lose weight doing this program, but that’s just a byproduct of getting healthy and staying injury-free,” she says.

Bouzinova, who has a bachelor’s degree from Boston University and a master’s from Fordham, met Pearlman nearly eight years ago at a track workout in Boston. The two have been making lean fitness magic ever since.

For the last few years, the duo has become certified as personal trainers, built a social media following and honed their Mission Lean approach, adding a nutritional component with recommended meal plans and recipes. The program doesn’t eliminate food groups or require steep calorie cuts, they say. “It’s basically single-ingredient foods, like a lot of produce, grains, fish. You can eat meat. We don’t really have a lot of meat recipes, but we don’t say not to,” Bouzinova says.

There are separate workout programs for men and women that take from 30 to 45 minutes. The HIIT workouts continue to burn calories long after the exercising is done. And participants can do the workouts anywhere—in most cases without having to frequent a gym. “The idea is you want to get people in the habit of training like this so it becomes a lifelong thing,” Pearlman says.

A FEW TIPS FROM MISSION LEAN:

• Start every workout with at least 10 minutes of cardio.

• Use 100-percent maximum effort during high-intensity periods; take very short breaks in between.

• Keep metabolism high by eating nutritious, lean foods and not starving yourself.

• Work out first thing in the morning, before breakfast. 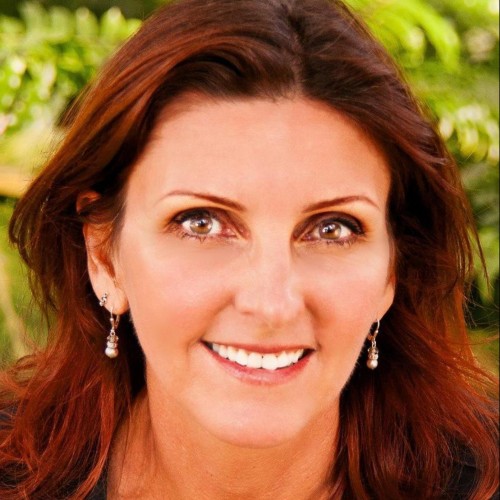 Lisette Hilton
Lisette Hilton, president of Words Come Alive, has had the luxury of reporting on health, fitness and other hot topics for more than 23 years. The longtime Boca Raton resident, University of Florida graduate and fitness buff writes for local, regional and national publications and websites. Find out more on wordscomealive.com.