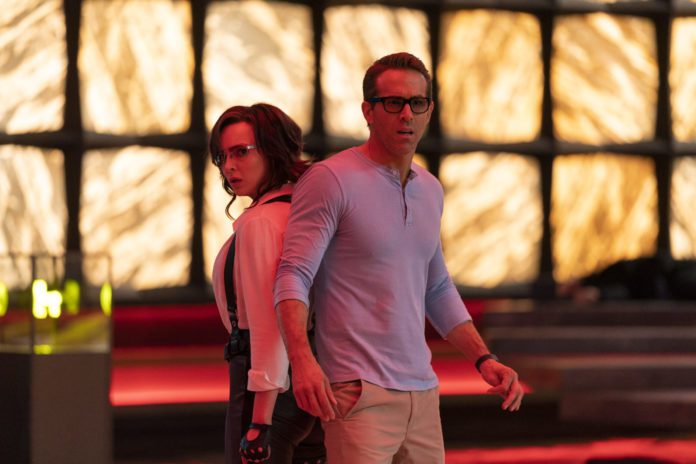 Video games have changed a great deal since I last picked up a controller, in my high school days. Nobody was talking about “non-playable characters” when my friends and I were indiscriminately dispatching them with pistols and assault rifles in Nintendo’s “GoldenEye” in the fall of 1997.

Now, it’s a term of art in gamer culture—referring to any character with a predetermined algorithm and no autonomy—and, like everything else, it’s become politicized. In wider society, “NPC” has come to replace epithets like “sheeple” or “zombie,” especially on the paranoid right’s version of wokeness, where anyone incapable of free thought is essentially living as an NPC: an anonymous slate waiting to be filled by whatever the MSM (that evil mainstream media, of course) is feeding them.

So it’s a loaded term, and a loaded time, for “Free Guy,” the latest Hollywood movie inspired by internet memes and jargon, to drop into the national conversation. (It opens Friday in most theaters.) Ryan Reynolds plays Guy, a cheerful bank teller—and an NPC—in a massively multiplayer role-playing game called Free City. His everyday existence consists of variations on a theme: Dressing for work, buying the same coffee order before heading into the office, helping customers with their finances and waiting for the inevitable firearm-wielding game players to burst in and rob the place. Outside, his environment is a rippling apocalypse of mass shootings, helicopters crashing into skyscrapers, 10-car pileups and other anarchic intrusions by the game’s human avatars, distinguished from the NPCs by the sunglasses they sport, allowing them special privileges and powers.

It isn’t until Guy, in an unprecedented subversion of his programming, grabs a player’s sunglasses and peers through the proverbial rabbit hole that the world of “Free City” is upended, both in and outside the game. As Guy becomes self-aware, the game’s technicians panic, particularly its nefarious owner Antoine (Taika Waititi), who fears the rogue NPC will expose a secret hidden within the game.

There are a lot of moving parts to “Free Guy,” a breezy action-comedy-romance that explores ideas of A.I. and simulation theory with a respectable degree of intelligence. There are enough Easter eggs embedded into the movie to please hardcore gamers (including recurring cameos by several YouTube and Twitch stars) while also rendering the action comprehensible to folks like me, who haven’t turned on a console in 20 years.

And yet the film is not particularly novel. Its antecedents are everywhere. Harsher critics than I could find enough evidence that “Free Guy” is merely a patchwork of concepts borrowed from “The Matrix,” “The Truman Show,” “They Live,” “Ready Player One,” HBO’s “Westworld” and Amazon Prime’s “Upload,” but I was having far too much fun to dismiss it on grounds of narrative thievery. Likewise, it’s easy to forgive the gaps in its own logic, which pile up like civilian casualties in “Grand Theft Auto.” The movie makes us think, but we’re not supposed to think too hard.

Perhaps its most refreshing asset is just how nonpolitical “Free Guy” is. There is a subtle dig, here and there, at the culture of trolls and toxic masculinity in the gamer community, but I detected no divisive ideology in its dynamics—no agenda embedded in its code. It is a movie about self-actualizing in and outside your cloistered environment—about escaping from the workaday grind, should we utilize the agency that’s within every “guy” or gal or identity in between. It’s something all of us should be able to get behind.