Movie Review: “The Past” 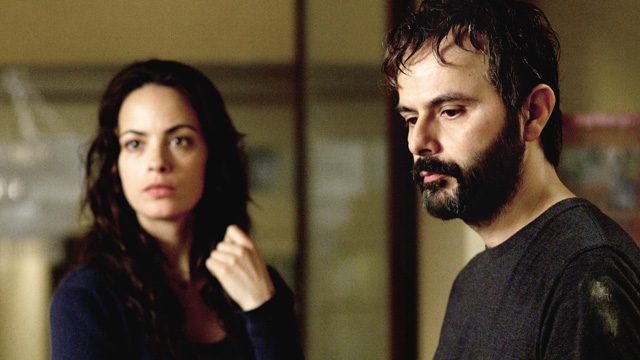 The last film directed by Iranian writer-director Ashgar Farhadi was called “A Separation,” a masterful movie that justifiably won the Best Foreign Language Film Oscar in 2012. That title would also be appropriate for his latest film, “The Past,” set in Paris. A sense of separation slices through every scene in this quiet, revealing domestic drama.

It’s the sort of movie where the first scene forecasts the tone to come: In an airport, a Parisian woman, Marie (Berenice Bejo), is trying to get the attention of her ex-husband Ahmad (Ali Mosaffa), whose plane has just arrived. But a slab of soundproof glass divides them; her calls and gestures fall on deaf ears. Eventually he finds his way to her, but this opening could be a metaphor for the collapse of their marriage, some four years earlier: no communication.

For Marie, her feelings seemed to have changed little since Ahmad left. She seethes with old resentments, lingering on past disappointments, while he attempts to be of service, both to her and her two children from a previous marriage, whom he adores (why she arranged for Ahmad to stay at their house, rather than arrange a hotel for him, remains one of many points of contention).

At any rate, Ahmad is back in town primarily to sign divorce papers, which he knew; and to meet Marie’s prospective son-in-law and her inevitably her new live-in partner, which he didn’t know. That partner, Samir (Trahar Rahim), runs a dry-cleaners and looks like Ahmad’s slightly more kempt doppelganger. But this coupling, too, has its problems, namely the inconvenient truth that Samir has a comatose wife whose reasons for her vegetative state will grow to consume Farhadi’s narrative.

You may notice from the first few moments that Marie and Ahmad virtually never share the same frame, with Farhadi editing his film to reflect their separation. But it’s not just the former lovers who are cut off from each other; this absence of two-shots—and with it, the absence of unity and harmony between characters onscreen—carries over to all of the movie’s relationships. Formally as well in the movie’s content, the characters are not on the same page. In one brilliant touch, Ahmad finds a photograph of he and Marie together, a tender memory interrupted by the sound of Samir drilling into the ceiling, an auditory bleed from the following scene.

As a mystery takes hold, tensions flare between lovers past and present, their children, and other ancillary characters whose importance only manifests in the film’s final third. “The Past” becomes a swirl of suggestions, rumors, secrets and guilt, with few characters emerging emotionally unscathed. It all feels bracingly real, with Farhadi showing sensitivity to everyone involved in this untenable mess, demonizing no one.

Part humanistic character study of a divorce and its aftermath, part absorbing mystery with unpredictable twists, “The Past” ultimately broaches questions about personal responsibility, about honesty, about the relative nature of terms like “right” and “wrong.” Its themes are morally weighty, like the best films of Ingmar Bergman and Robert Bresson, but it all goes down smoothly, resonating with profound universality and saving its most deeply moving shot for the very end.

“The Past” is now playing at Regal Shadowood 16 in Boca Raton, The Classic Gateway Theater in Fort Lauderdale, and Regal South Beach 18.