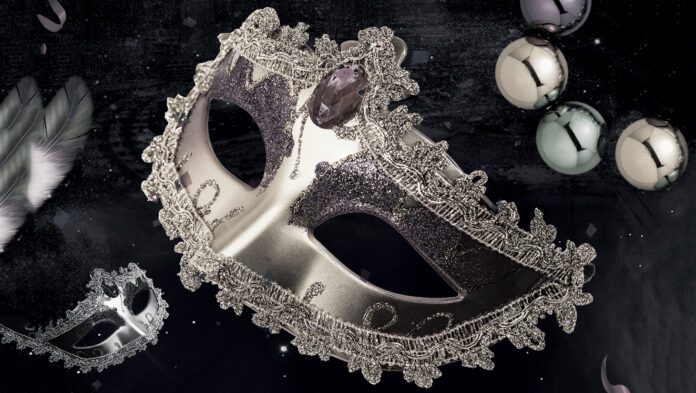 With New Year’s Eve just two weeks away, many of you are already looking for plans for the big night. Options are manifold, but here are the 10 possibilities that most appealed to us—a personally curated countdown of where to experience the countdown.

It’s time to slip into your best disguise and disappear into the exotic atmosphere of a vintage masquerade ball, where masked guests mingle at the stunning beachside location of this haute Lauderdale hotel. Billed as the city’s largest New Year’s Eve beach party, the fifth annual costume bash features a four-hour open bar, a midnight Champagne toast, music from two top DJs, party favors and more. For table reservations, call 954/414-8300 or visitfllnightlife.com/wfll.

Palm Beach County’s biggest standup club goes musical this New Year’s Eve, hosting one of the biggest names in comedy rock. Fronted by comedian Dan Finnerty, the Dan Band rose to prominence in a scene-stealing cameo in “Old School,” in which it performed its iconic, expletive-laden version of Bonnie Tyler’s “Total Eclipse of the Heart.” The group has since become known for its sexually explicit renditions of female-fronted pop songs; by literalizing the implications of the singers’ lyrics, the Dan Band’s music acts as social commentary as well as humor. Even Steven Spielberg approves of this group, employing it in his soundtrack to “The Terminal.” Call 561/833-1812 or visitpalmbeachimprov.com.

New Year’s Eve happens to be the only South Florida date for the national tour of “Guys and Dolls,” the indelible Frank Loesser musical that originally ran for 1,200 Broadway performances and won the 1950 Tony for Best Musical. Inspired by the mythical New York underworld of journalist Damon Runyon, the musical’s outsized characters and songs have become synonymous with big-city glamour and romance, from the title song and “Luck Be a Lady” to “Sit Down, You’re Rockin’ the Boat” and “I’ve Never Been in Love Before.” After the show, stick around for dinner at one of CityPlace’s great restaurants. Call 561/832-7469 or visit kravis.org.

Mizner Park’s great jazz club goes pop on New Year’s Eve, welcoming the forever-young former child star David Cassidy to host the evening’s festivities. Cassidy typically performs hits he popularized with the Partridge Family, as well as covers that he has made his own over his decades in show business, from the likes of Billy Joel, The Pretenders, Bill Withers and the Monkees. There will be two five-course prix fixe dinner seatings for the higher price points, and the $75 general admission gets you Champagne at midnight. Call 561/300-0730 or visit jazziz.com/nightlife.

There is no alcohol served as this annual downtown Delray Bash, so be kind and don’t sneak in a flask: This is a family-friendly celebration that attracts thousands throughout the region. It also offers more variety than any other New Year’s Eve destination—from face-painting to improv theater, magicians to ice skating, film programming to live music. The evening ends with fireworks at both 9 p.m. and midnight. Admission buttons are just $10 if purchased before Dec. 31 and are available at Delray Beach Public Library, Delray Beach City Fall and at the 100-foot Christmas tree. Call 561/279-1380 or visit visitdelraybeach.org.

This posh eatery from Manhattan restaurateurs Bobby, Laura and Alexandra Shapiro transports visitors to the Jazz Age for its Prohibition-themed gathering, where attendees are encouraged to party like the Depression starts tomorrow. Costumes—especially “Great Gatsby”-style attire—are encouraged, with prizes awarded to the best costumes. Special cocktails include the Sidecar, South Side, Bee’s Knees and White Lady; and, in classic speakeasy fashion, those with reservations will be provided with a secret password and instructions to gain entry. A five-course prix fixe and a complementary glass of Champagne awaits your reservation, and a magician will stroll from table to table performing close-up magic. Call 561/654-6600 or visit laferme.kitchen.

As usual, the oldest music club in the Southeastern United States offers a New Year’s Eve showcase of some of the best indie rock bands in South Florida—all of which deserve to have a national footprint. Taking the stage will be the Hollywood group Beach Day (pictured), with its fuzzed-out take on ‘60s surf and pop music; dream-poppers extraordinaire the Band in Heaven; Miami’s Snakehole, the noisy, scary all-girl trio that sounds like the reincarnation of Teenage Jesus & the Jerks; and Wake Up, a no-frills guitar-driven indie band in the mold of Superchunk. Call 561/832-9999 or visit sub-culture.org/respectable-street.

A band of no less than 16 musicians fill out this orchestral Beatles tribute, from four guitarists and two drummers to two violinists, a cellist and a trumpeter. The band’s signature is its ability to recreate the Fab Four’s “Love” album live, with literally all its strings attached—preserving George Martin’s imaginative compositions and delving into deep album cuts as well as the band’s No. 1 hits. Performances continue on Jan. 2, 3 and 4, but this is the only night tickets include an after-party and midnight Champagne toast. Call 954/649-3000 or visit magiccitycasino.com.

The Boca Resort returns for its second-annual Rock the Block party, celebrating a dancey New Year’s Eve in one of the city’s most luxurious landmarks. Entertainment includes Tone Loc, the rapper responsible for the once-ubiquitous dancehall hits “Wild Thing” and “Funky Cold Medina;” SirenXX, one of the hottest new indie duos in dance-pop music; and Norma Jean Wright and Lucy Martin, formerly of disco-rock hit-makers Chic. There also will be a deluxe open bar and a children’s buffet, dinner at all the Resort’s restaurants, and kids’ carnival games and activities on the croquet lawn. Call 561/447-3000 or visit bocaresort.com.