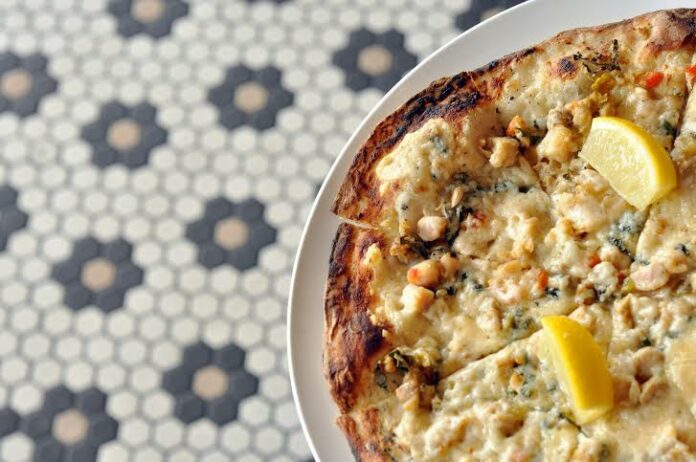 With a bustling Boca location already under their belts, Nick Laudano and Anthony Giovanniello opened a second eatery this week dishing up their signature New Haven-style “apizza” in Coral Springs.

The design by Hollywood-based Karen Hanlon is the same too, with the 5,200-square-foot Coral Springs space giving off an old school New York vibe, complete with the ceiling wallpapered with old advertising posters. The restaurant seats 200 indoors and outdoors on a covered patio.

Along with Nick’s signature pies—including the wicked-tasty white clam pizza with bacon and garlic—the new sibling will offer Hummel hotdogs, Foxon Park sodas and an extensive menu ranging from grinders and panini to salads, pastas and chicken entrees.