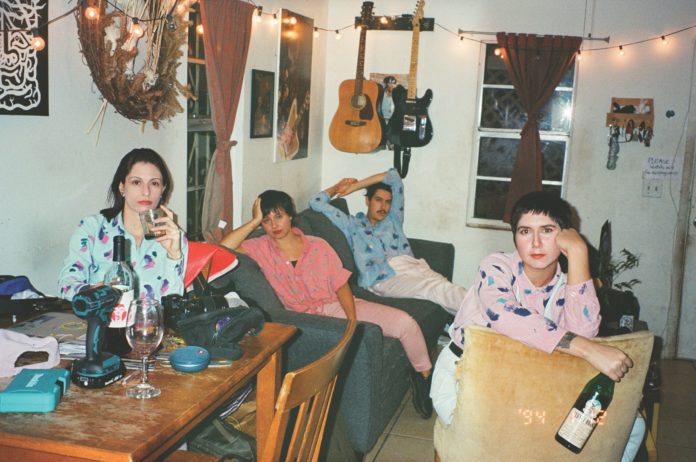 South Florida bands have endured a year of almost no live performances. We caught up with five of the region’s top recording artists, from up-and-comers to linchpins of the scene, to see how they’re surviving—and thriving—amid a tumultuous landscape.

With a story that begins as a solo bedroom project and leads to backing up Iggy Pop just a few years later, the ascent of Miami rock trio Las Nubes has been rapid to say the least.

Formed in 2015 as the solo project of singer-songwriter-guitarist Ale Campos under the name “Smvt” (pronounced “smut”), over time the project evolved into Las Nubes, a three-piece that now includes Nina Carolina on bass and Emile Milgrim on drums. The group’s Bandcamp page succinctly describes its sound as a “Miami fuzz-worshipping power trio churning out undeniably catchy garage pop hits in English & Spanish.”

The trio is held together by the glue of Little Haiti’s Sweat Records, where Milgrim is a co-owner and Campos works. “One day a friend of ours came into Sweat,” Campos says of the band’s beginnings, “and mentioned to me that he was booking a show for [Japanese indie-pop act] Shonen Knife and he needed an opening band. He asked me if I wanted to play, because I had shown him some of the songs I had been working on, but I was like, ‘eh, I don’t really want to play by myself, that would be kind of weird.’ And Emily was there and she said she would play drums, and that’s basically how the band started.”

The venerable record store, which shares a wall with legendary Churchill’s Pub, also put out the group’s first full length—titled SMVT, after its original moniker—on its own imprint, the cheekily named Sweat Records Records.

Since that impromptu first gig, the band has strung together a run of successes that included releasing SMVT, making a split EP with fellow Miami rockers Palomino Blond, and the aforementioned gig backing Iggy Pop as the Stooges—the first all-female group to perform as the seminal proto-punk outfit—at a Miami Art Week event.

While the group’s brief stint as Pop’s backing band may have been surprising to those outside of Miami’s music scene, it wasn’t a shock to the band. The group is familiar with the renowned rocker through his visits to Sweat Records, and Campos even had a starring role in one of his music videos. “We know Iggy, but we didn’t expect him to ask us to play with him,” Milgrim shares. Also, she says, “he hadn’t played any Stooges songs in a bunch of years. … So it was extra pressure to live up to this legacy artist and this legacy band he’s so famous for.”

One of the defining characteristics of Las Nubes’ songs is that they are bilingual—some sung in English, others in Spanish. The language of one of the group’s songs is usually determined by “rhythm and cheese factor,” as Milgrim puts it, with Campos adding that “there were actually a couple of songs that I had written the lyrics originally in English, and I just thought, ‘Wow, they sound really stupid in English.’”

The group is now branching out to become even more multilingual. Bassist Nina Carolina, whose family has roots in Brazil, is working on a song in Portuguese.

The group, like so many others, had plenty of plans sidelined by COVID-19. The pandemic nixed a European tour that was slated for late 2020 and may impact a set of dates planned in Mexico late this year. But Campos harnessed the early weeks of lockdown as a creative flourish, pumping out songs the group hopes to bring into the studio soon.

For now, the group encourages listeners to do what they can to support the local music scene until the pandemic subsides.

“Bands like us rely on shows and merch and touring and all this stuff to keep the band going,” Milgrim says. “If fans are able to support the bands in their community, they really help them grow.”

Find music from Las Nubes at lasnubes.bandcamp.com or on your streaming service of choice.