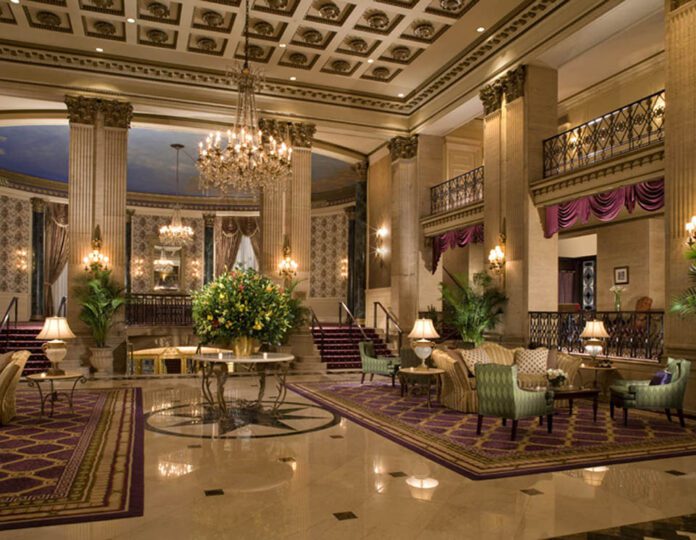 The hotel’s rich, celebrity-filled history may be steeped in names like Guy Lombardo, Lawrence Welk and Thomas Dewey—who famously (and quite prematurely) announced from his election-night headquarters here that he had defeated Harry S. Truman for the presidency in 1948.

But don’t think for a second that this is your grandparents’ Roosevelt. The legendary “Grand Dame of Madison Avenue” is as hip and happening as any contemporary hotel in Manhattan, but with an air of old-school elegance and charm that, try as they might with various architectural and design tricks, modern resorts can’t possibly replicate.

That’s because The Roosevelt Hotel NYC (named after President Theodore Roosevelt) has been there, done that. And all with a sense of style that would make James Bond proud.

See for yourself why this 1,015-room, 20-story icon continues to draw raves by taking advantage of the resort’s 90th anniversary escape, on Sept. 22. The first 90 reservations booked (with a two-night minimum stay, including a Sunday, Sept. 21 arrival) will receive a rate of $90 for that Monday night in superior room accommodations that typically run in the $439 range.

Even if you can’t make it for the anniversary special, don’t forget about The Roosevelt as a base camp for any upcoming trips to New York. This summer, I had the pleasure of staying at the hotel where Lombardo began his tradition (from the Roosevelt Grill which, to this day, features white-gloved waiters) of ringing in the new year with “Auld Lang Syne.”

As perfectly positioned New York resorts go, nothing beats The Roosevelt’s prime perch on the corner of Madison and 45th Street. We walked everywhere that weekend—Times Square, Central Park, Hell’s Kitchen, even all the way down to Greenwich Village. The Roosevelt never seemed too far away.

Better still, each time we walked through its revolving doors—and into the neo-classical cool that emanates from the lobby—we felt like we were home. It’s no wonder that countless movies (think “Wall Street,” “Men in Black 3,” “Man on a Ledge” and others) have used The Roosevelt as a backdrop. Or that the famed Madison Club Lounge was the preferred hang of Don Draper on “Mad Men.”

A new generation of executives and see-and-be-seen types have turned Mad46—the hotel’s chic rooftop lounge—into one of the hottest after-work destinations in all of Manhattan. Check out the Mad Mojito, while you’re there—if only for the white chocolate stir stick.

Here’s to The Roosevelt—a classic in any era.