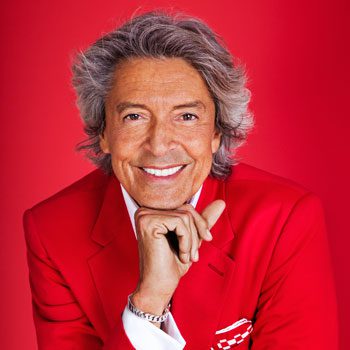 With New Year’s Eve less than a week away, here is our list of the big night’s most intriguing local events.

There will be a burlesque show, singing and, of course, hoofing at this Deerfield Beach dance studio, with proceeds benefiting Children and Women in Distress.

There are a lot of pricy options on New Year’s Eve, but this downtown Fort Lauderdale street bash is always the right price. Family activities will run for the first four hours of the event, and there will be a 7 p.m. ball lighting, a midnight ball drop, live music on two stages and a fireworks display.

The nine-time Tony-winning entertainer Tommy Tune, known for his work on Broadway productions of “Seesaw” and “A Joyful Noise,” will headline one of the most extravagant balls on New Year’s Eve. It starts with a cocktail reception with hors d’ouevres and continues with a four-course dinner, Tommy Tune cabaret show, dancing in the Polo room to the Tommy Mitchell Trio, and finally a Champagne toast and buffet breakfast in the Palm Court.

One of Palm Beach County’s newest entertainment destinations is getting in the New Year’s Eve hoopla this year. Local favorites Brass Evolution, whose music has drawn comparisons to acts like Steely Dan and Chicago, will perform throughout the evening, and executive chef Justin Flit promises a spectacular four-course prix fixe menu with party favors and a midnight Champagne toast.

The political jokesters return for their annual New Year’s Eve residency at the Maltz, an event that always sells out. They’ve promised an all-new show to ring in the new year, but we’re still hoping to hear the cheeky NSA-inspired tune “Santa Claus is Tracking You Down.”

This past year marked 60 years of music for the Drifters, one of the most legendary of all doo-wop acts, responsible for hits like “This Magic Moment,” “Under the Boardwalk” and many more. See them perform while enjoying a gourmet dinner, midnight Champagne toast and a live broadcast of the ball drop from Times Square.

Conclude the year of the Great Gatsby revival with a party inspired by the sort of luxe shindigs Jay Gatsby himself would have thrown. There will be Prohibition-era cocktails, a caviar bar with iced vodka pairings, a sit-down four-course dinner, a nine-piece band complete with dancing flappers, and “whimsical” desserts. Sounds like fun, old sport.

I’ll be on a cruise New Year’s Eve, but if I wasn’t, I would surely be here, celebrating 2014 the indie-rock way. The evening will include live music from some of South Florida’s best local bands—Beach Day, Pretty Girls, The Band in Heaven (pictured) and Wake Up—along with a burlesque show, art by Jacques de Beaufort and a free Champagne toast at midnight.

A politer New Year’s Eve bash than the cramped, soused bonanzas along Clematis Street or Las Olas Boulevard, Delray Beach’s end-of-the-year staple caters to families. There will be performances and activities at 21 indoor and outdoor venues throughout the heart of downtown. These include live music from top local bands, improv comedy from Take Heed Theatre Company, visual art from local artists, and film and dance programming, along with face painting, carousels, ice skating and magicians.

There are different packages available at different prices, but no matter which event you’ll select, you’ll enjoy arguably the most comprehensive and star-studded of all the night’s New Year’s Eve events. The Boca Resort has corralled an eclectic mix of live music for the night, including hip-hop legends the Sugarhill Gang, Freedom Williams of dance act C&C Music Factory, “The Voice” star Michaela Paige, and interactive parade leaders Circ X and Drum Café. There are also family activities, such as mega bounce houses and a four-station bungee jump, and decadent food and drink options including food stations, a wine garden and a “river of beer.” Hard to beat that.